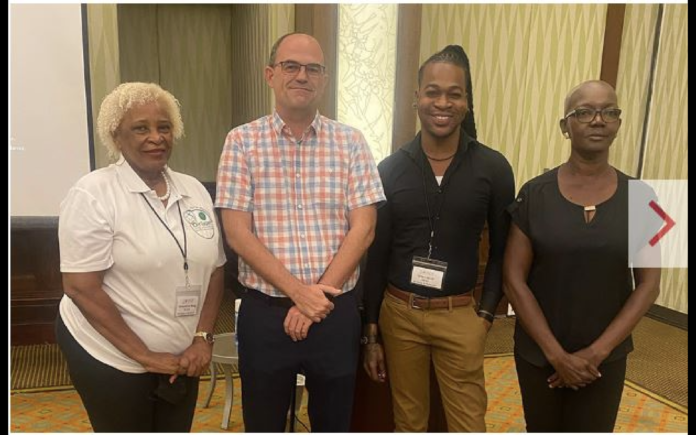 A group of Caribbean litigators and a partner at the Toronto-based law firm WeireFoulds have successfully challenged anti-LGTBQ laws in Antigua and Barbuda, where they have now been declared unconstitutional.

Early this month, Justice Marissa Robertson of the High Court of Justice issued a decision that makes Antigua and Barbuda the first of nine Eastern Caribbean nations to declare unconstitutional laws that criminalize consensual, private, same-sex intimacy between adults.

The Antigua ruling is also the first in a co-ordinated five-country legal challenge to similar, colonial-era anti-sodomy laws in Antigua and Barbuda, Barbados, Saint Lucia, St. Kitts and Nevis, and Grenada—all members of the Commonwealth.

“It’s a fundamental judgment of monumental proportion, and it’s an excellent authority and precedent that the other jurisdictions will no doubt look at,” said Andew O’kola, who steered the Antigua case and is one of a group of lawyers brought together by the Eastern Caribbean Alliance for Diversity and Equality (ECADE), which launched the challenge in 2020.

Saint Lucia-based human rights lawyer Veronica Cenac is the “technical lead” on the five-country strategy. She tapped the Caribono network, a group of lawyers who do pro bono work in the region, to build a legal team. That’s how Nadia Chiesa, chair of the commercial litigation practice and a partner in the Caribbean practice group at Canada’s Weirfoulds, got involved.

Chiesa is based in Toronto and most of her practice in the Caribbean is business-related. But she is a member of Caribono and has been involved in pro bono constitutional human rights litigation in the region since 2012.

“Veronica had known me for quite a while—my name was known in this network, and they approached me to see if I and WeirFoulds would support the litigation” in St. Kitts and Nevis and Antigua and Barbuda, where the firm actively practices, she said.

Now, Chiesa and Trinidadian human rights lawyer Douglas Mendes lead the pro bono group, which includes members of the University of the West Indies’ Faculty of Law Rights Advocacy Project. In addition, Westin James, now a judge in Barbados but who was an attorney in private practice and a lecturer in constitutional law, also played a key role in the case until he was elevated to the bench.

Chiesa said her role in the Antigua case involved working with the counsel and witnesses to gather evidence, draft pleadings, and research, and as the case went on, “to provide litigation support and management for the team.” WeirFoulds library group and articling students played a huge role, she said.

In the St. Kitts litigation, however, she is lead counsel along with Anthony Ross, who used to live in Canada and now practices in both Canada and the Caribbean. Their case was argued entirely virtually in May and the decision is currently under reserve, as is the Barbados one.

“[She] rolled up her sleeves and has come into the trenches to stand shoulder to shoulder with us,” said Okola. “She’s in a different class as it were, in terms of what she has brought to the table.”

O’kola said the support of the Canadian law firm was incredibly important, as most of the counsel on the cases are from smaller local firms and were working pro bono.

“The various territories may not have the kind of legal aid system that allows for one to litigate these matters, and therefore it’s massively important to get resources elsewhere and [from] larger firms,” he said.