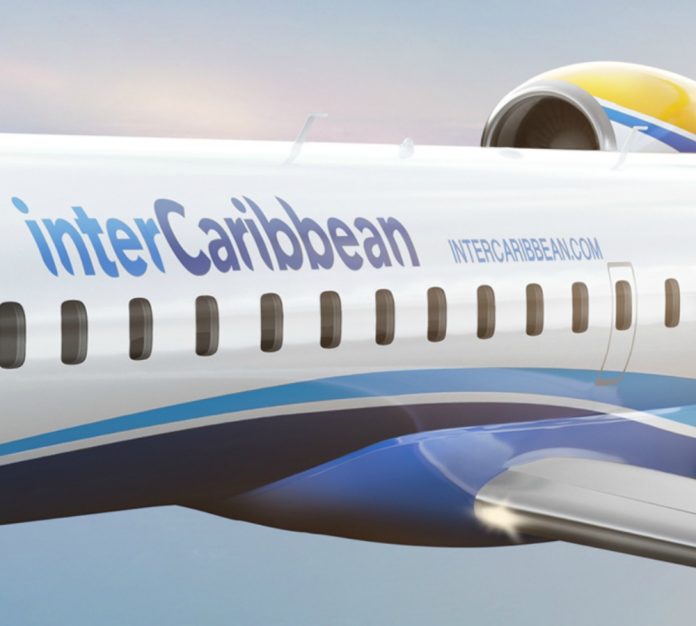 An airline seeking to grab a bigger slice of market share in light of the pending closure of LIAT has declared it’s willing to offer jobs to the failed carrier’s workers.

InterCaribbean Airways, which is based in the Turks and Caicos Islands, said it is committed to hiring some LIAT staff while also seeking to increase the number of destinations it currently services, according to the airline’s founder and chairman, Lyndon Gardiner.

Created in 1991, InterCaribbean has flown as many as 20 aircraft including 12 smaller counterparts to LIAT’s fleet of island-hopping ATR twin-turboprop commuter airliners. Since June 2019, the carrier has been flying two Embraer 145 regional jets. It employs 300 people.

From its hub in Providenciales, InterCaribbean services 22 cities in 14 islands in the Caribbean, mostly in the northeast Caribbean and as far south as St Lucia and Dominica. But the carrier’s regional schedule has been grounded since May when the COVID-19 pandemic intensified. Late last month, the airline resumed ferrying passengers within the Turks and Caicos Islands.

With LIAT headed for liquidation, scores of employees across the region, including Barbados, are set to go on the breadline.

In an interview with Thursday evening, Gardiner said he believed the Caribbean had some of the best aviation staff. He said it would be a great loss if LIAT’s employees found employment outside of the region.

“My job as the leader of this organization is to provide opportunities for those people so that they can be right at home and carry on with their vocation in enjoying the life that they are accustomed to and the life they want to live. I don’t think it’s necessary for all of our good people to leave the region because they have to find a job elsewhere and I think that’s where we need to be able to continue to support each other.”

Gardiner said the airline was well-positioned to provide safe, reliable and economical transport throughout the region.

Declaring it the largest privately-owned airline in the Caribbean, Gardiner said it had transported over 400,000 travellers last year with between 50 to 60 flights daily.

“I am very confident. We’ve had 28 plus years of being in the business from a small chartered company to 1991 and we have been doing scheduled flying since 2003 so we’re well prepared for it. With the assets we have and the committed people we have we are ready for the challenge,” Gardiner said.

He revealed that having held talks with regional leaders, he was given a commitment that the governments intend to reduce some of the taxes imposed on airline travel. Gardiner said this would directly result in interCaribbean providing affordable rates for travellers.

“Our model is not this island hopping and second of all the aircraft we are operating we’ve gotten some time operating them and so we’ve got the operational costs and best practices down to a science,” he said.

Gardiner added: “We operate only two main types of an airplane so the difference of not having a multiple fleet also adds to some economies of scale. On top of that, based on how we plan to structure the flights basically you will have all of the people moving to and through Barbados and that will help to bring the economic cost down.

“On top of that, the Governments are really playing their part and are really interested in seeing a steady air service is maintained at a good level throughout the Caribbean and I will certainly take my hat off to them.