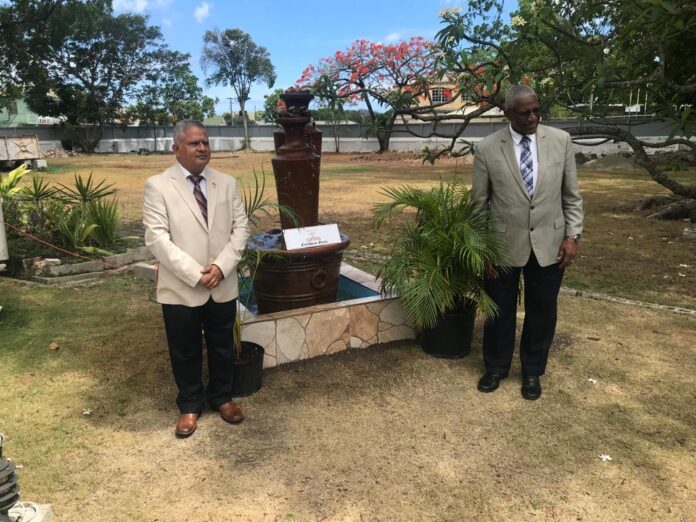 The memento which was earlier also handed over to the Prime Minister & other Government Ministers was an expression of appreciation from the Government of India for hosting the Under19 Cricket World Cup which was very well organized.

The High Commission looks forward to further cementing the cooperation in sports between the India and Antigua & Barbuda.

Honorary Consul Mr Tewani also gifted a fountain for the Government House as his contribution towards the revamping and beautification project of the Governor General’s official residence.

During the handing over function, HE Governor General Sir Rodney Williams appreciated and thanked the gesture of the High Commissioner of India Dr KJ Srinivasa and Honorary consul of India Vijay Tewani and reminisced on the growing collaboration between India and Antigua & Barbuda in various sectors. 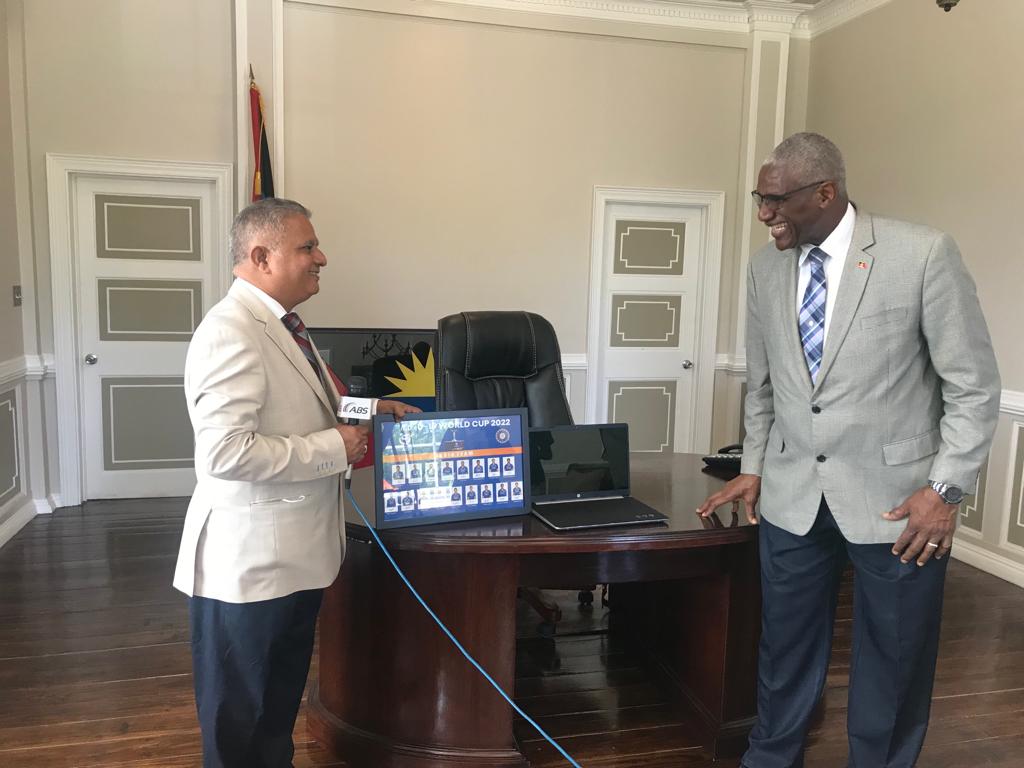