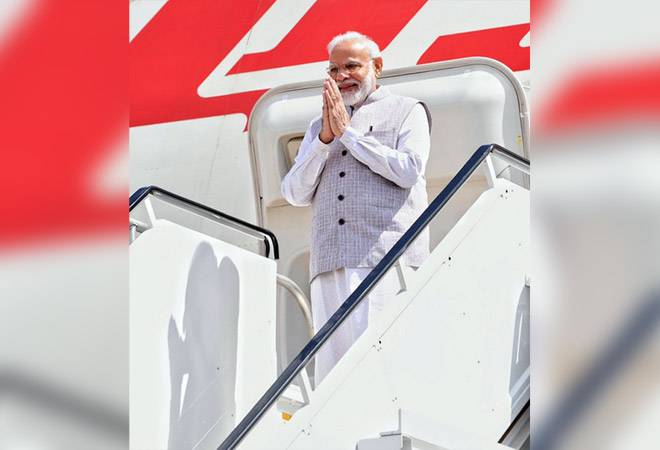 Prime Minister Narendra Modi met the leaders of the Caribbean Community and Common Market during the first-ever India-Caricom leaders’ summit here, with a focus on fighting climate change and increasing India’s participation with the grouping. Modi announced a USD 14-million grant for community development projects in the Caricom and another 150 million line of credit for solar, renewable energy and climate- change related projects, a statement released by the Ministry of External Affairs said. The Caricom grouping has 15 members-states and five associate members.

Caricom countries came together in 1973 to form an economic and political community that works jointly to shape policies for the region and encourages economic growth and trade. Leaders and representatives from Antigua & Barbuda, Bahamas, Barbados, Belize, Dominica, Grenada, Guyana, Haiti, Jamaica, Saint Kitts and Nevis, Saint Lucia, Saint Vincent & the Grenadines, Suriname, Trinidad and Tobago attended the meeting on Wednesday on the sidelines of the 74th UN General Assembly Session. Modi invited them to join the International Solar Alliance, a grouping of over 122 countries initiated by India, and the Coalition for Disaster Resilient Infrastructure.

He also announced the setting up of a regional centre for excellence in information technology in Georgetown, Guyana, and a vocational training centre in Belize by upgrading the existing India-funded centres in these countries. He expressed his condolences on the destruction caused by Hurricane Dorian in the region and the worst-hit island of Bahamas to which India has provided immediate financial assistance of USD 1 million.

Reiterating India’s firm commitment to strengthen its political, economic and cultural engagement with Caricom, the prime minister recalled the presence of more than a million-strong Indian diaspora as a vibrant and enduring link of friendship with the Caribbean. The Indian side expressed support to specialized capacity-building courses, training and deputation of experts. Modi also invited a Caricom parliamentary delegation to visit India.

Caricom leaders welcomed the Indian initiatives to strengthen cooperation and reassured full support from their respective governments. During the meeting, it was decided to set up a joint task force to expeditiously look into areas of cooperation, the MEA statement said. Just ahead of the India-Caricom Leaders’ Meeting, Modi said it is an important initiative and thanked the 14 leaders of the Caricom group of countries for attending it.

Outlining climate change and increasing India’s participation with the Caricom nations as the focus of the meeting, he said he expects the discussion takes into consideration past experiences, present requirements and aspirations of the future. External Affairs Ministry spokesperson Raveesh Kumar tweeted a picture of the prime minister with the leaders or representatives of the Caribbean countries attending the meeting.