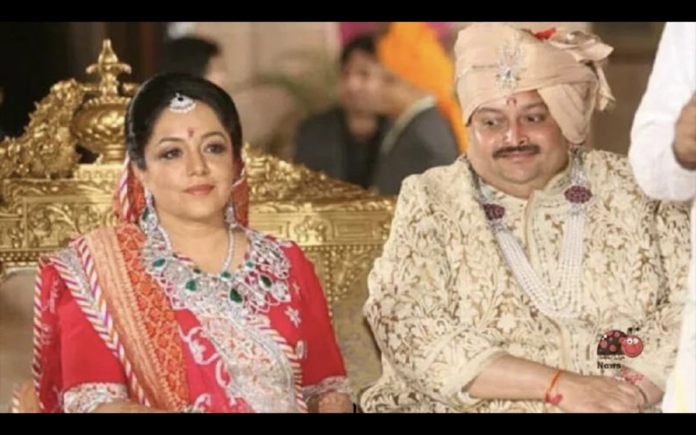 SOURCE: WIC NEWS   Saint John’s, Antigua: Days after the Enforcement Directorate (ED) filed a chargesheet against the wife of absconding fugitive Mehul Choksi, the Antigua and Barbuda government received a letter from the Indian government asking about the citizenship status of Priti Pradyotkumar Kothari in Antigua and Barbuda, said government sources. CLICK HERE TO JOIN OUR WHATSAPP GROUP.

According to the sources, India has asked Antigua and Barbuda to clarify in what capacity Priti Choksi is living in the country. It is suspected that she might not have surrendered her Indian passport or might not be a legal citizen of Antigua and Barbuda. At this time, authorities refused to comment or provide a statement on this issue.

Indian officials on June 6 had said that the ED has filed its first charge sheet against fugitive diamantaire Mehul Choksi’s wife, Priti Choksi, alleging that she was the ultimate beneficiary of certain offshore companies used for routing and parking funds obtained by the couple through defrauding Punjab National Bank (PNB) with over US $2 billion.

In the third charge sheet filed against them under the Prevention of Money Laundering Act, the Indian federal agency has named Mehul Choksi, their three companies – Gitanjali Gems, Gili India Ltd, and Nakshatra Brand Ltd – as well as former PNB employee Gokulnath Shetty (PMLA). The new charge sheet was submitted to a Mumbai court in March. ED had previously filed charge sheets in June 2018 and April 2020.

It is evident that the Indian government has initiated bilateral discussions with Antigua and Barbuda for Priti Choksi’s extradition to India. According to Indian media, Priti Choksi fled the country along with her husband Mehul Choksi in 2017. A red or yellow notice from Interpol could also be issued against her in this regard.

Priti had labelled India with many allegations concerning Mehul Choksi’s alleged kidnap plot. Since then, many in the Caribbean have been in a dilemma about the exile of Choksi. According to the media, the ED has been looking into Priti Choksi’s participation for a long time because she was allegedly involved in running certain suspected shell firms in Dubai, Hong Kong, and other countries. As per reports, she was also aware of her husband’s criminal activities.

According to the ED’s third charge sheet, Priti Choksi was the ultimate principle shareholder of three companies in the UAE, such as Hillingdon Holdings Ltd and Charing Cross Holdings Ltd.

The Hillingdon Ltd was founded by Priti and one Dion Lillywhite (a US-based Gitanjali Group employee who serves as a fake director in several of the group’s firms) as the sole owner of M/s Goldhawk DMCC (formerly known as Diminico DMCC), reveals the chargesheet.

The chargesheet further states that she assisted Mehul Choksi in stacking proceeds of crime and worked for hand in hand with him in forming corporations to launder and syphon proceeds of crime.

The Choksis and their three-parent businesses – Gitanjali, Gili, and Nakshatra – made a total profit of US $784 million (US $387m for Letters of Undertaking and the US $397m for Foreign Letters of Credit).

Between 2014 and 2017, Mehul Choksi’s Gitanjali group companies imported the US $4.1 billion and exported the US $1.1 billion, according to the charge sheet, which claimed that entities in Hong Kong and the UAE were utilised to rotate commodities and monies to project an inflated turnover. Indian exports were of abysmally low quality, but their value was greatly inflated, the ED added.