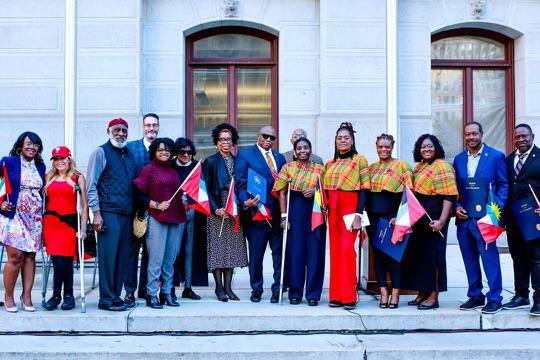 New York Gala emerges as major highlight of Independence Celebrations across US Northeast NEW YORK 22nd November 2022 – Antiguans and Barbudans residing in the United States Northeast from Philadelphia, Boston and New York have been celebrating our nation’s 41st Anniversary of Independence in fine style over the past several weeks. 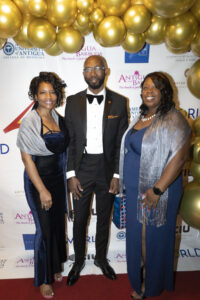 Celebrations began with church services in New York and Philadelphia on October 30th and concluded with the major highlight of these activities, the Independence Gala hosted by the New York Offices of the Government of Antigua and Barbuda.

The annual event celebrated the outstanding achievements of three Antiguans and Barbudans who have dedicated their lives to positively impacting their professions and respective communities.

Receiving awards were qualified nursing professional and the President of the Antigua and Barbuda Association of Philadelphia Helenmay Bady, Councilwoman of the City of Lovejoy, Georgia Rosannette Kirby and for her untiring spirit of altruism, Jeannette Joseph-Greenaway. 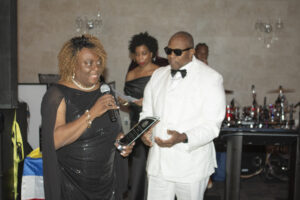 The awards were jointly presented to the deserving recipients by Minister of Information, Broadcasting and Telecommunications the Hon. Melford Nicholas and Antigua and Barbuda’s Permanent Representative to the United Nations Ambassador Walton Webson.

Minister Nicholas brought greetings on behalf of the Government of Antigua and Barbuda. 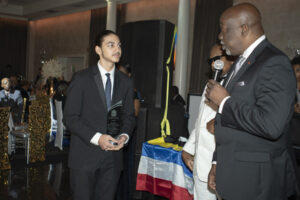 He expressed his delight at seeing the enthusiastic outpouring of support by Antiguans and Barbudans in the diaspora at such a joyous national moment.

Nicholas used the occasion to apprise nationals and friends in the diaspora of the economic resurgence the land of their birth is now experiencing, after an extremely difficult period of dealing with the challenges of the pandemic.

The sounds of the City South Steel Orchestra, led by their just pinned national awardee Patrick Johnny Gomes, set the tone for the evening’s reception, which was brought to an exhilarating climax with a string of favourites from musical icons, the Burning Flames. 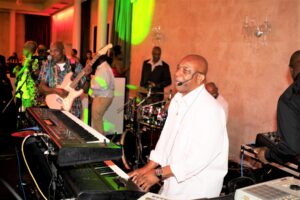 Ambassador Webson expressed his gratitude to those gathered who were generous in their support of the event, the proceeds from which are targeted towards a mentorship programme for students being led by Antigua and Barbuda Associations United (ABAU). 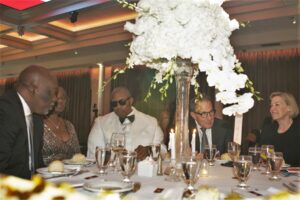 Events were also held in Philadelphia and Boston to commemorate Antigua and Barbuda’s attainment of nationhood 41 years ago.

The ceremony in Pennsylvania was of significance as the first time in our country’s history Mayor James Kenney, by official proclamation, declared October 30th to November 6th Antigua and Barbuda Independence Week.

Ambassador Webson and Michelle Lightfoot from the Consulate General joined members of the Antigua and Barbuda Association of Philadelphia, community leaders, and members of city government in a flag raising ceremony as part of this memorable occasion.

In Boston, an Independence Dinner and Dance, organised by Team Goldeneye and Wadadli Vagabonds attracted Antiguans and Barbudans from all walks of life to celebrate the nation’s birthday.