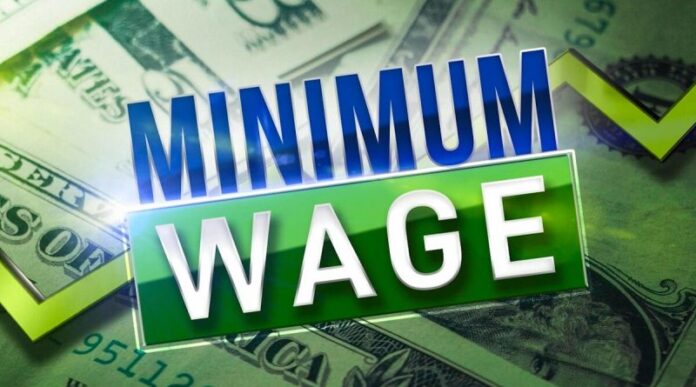 The United Progressive Party (UPP) is promising a further increase in the recently augmented Minimum Wage once it is elected to office.

This means that persons would be making an extra 80 cents per hour on their wages and salaries.

However, Harold Lovell, Political Leader of the UPP, has said his administration would raise the Minimum Wage to a “living wage” of $10 per hour.

Lovell says that poor people are struggling and deserve a wage on which they can live; therefore the UPP would adopt the wage increase that was put forward by the unions.

This, he says, will be undertaken within the first 60 days, if not sooner, of the UPP taking public office.

Lovell says the cost of living in Antigua and Barbuda is too high, and people can ill afford to make healthy purchases at the supermarkets.

He says no one should feel intimidated when going shopping; and, after working hard, persons should be able to take home a decent wage or salary.

The UPP Political Leader also promises that, every two years, the National Minimum Wage Committee will review the minimum wage, as prescribed by law.

Lovell says that those workers who are employed in industries which focus on an hourly rate of pay will benefit greatly from this proposal.

During its sitting on November 23, 2022, the Gaston Browne Cabinet reportedly discussed the matter and reasoned that no worker would be terminated because of the 80 cents per-hour increase, since it would not burden any employer.

The Executive felt that “the … outcome, which took into account the interests of all parties – the union, the employers, the government, the business community – was the wisest decision on which the Cabinet could agree.”

The National Minimum Wage Advisory Commission had submitted two recommendations – an $8.90 per-hour rate and a $10-an hour fee, but the Cabinet decided on a figure between both sums.

The last Minimum Wage increase was in 2015; those negotiations commenced under the UPP.