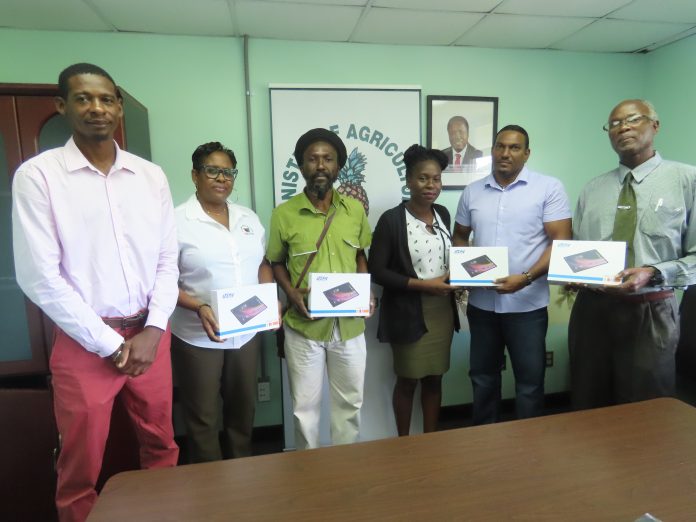 The Statistics, Research and Information Technology (SRIT) Unit within the Ministry of Agriculture, has received much needed equipment to strengthen its data collection capacity.

Four tablets which were purchased under the Inter-American Institute for Cooperation on Agriculture (IICA’s) Rapid Response Action Project for the eradication of the Giant African Snail (GAS), were officially handed over to the unit in a brief ceremony today at the Ministry’s Headquarters.

The devices will be used in the first instance, to facilitate a survey which is being conducted by the SRIT unit, to determine the socio-economic impact of the Giant African Snail (GAS) in Antigua and Barbuda, but in the long term, they will become a part of the tool-kit of the unit.

Chief Plant Protection Officer Dr. Janil Gore-Francis said that the Impact Assessment Survey on the GAS is an important part of the project, as a scientific account is crucial in their continued drive to bolster more high-level support for the eradication of the invasive pest within communities.

IICA’s National Specialist, Mr. Craig Thomas said that it is important for the IT unit/Ministry to obtain tools that are IT- ready, to minimize some of the challenges that they have been experiencing. 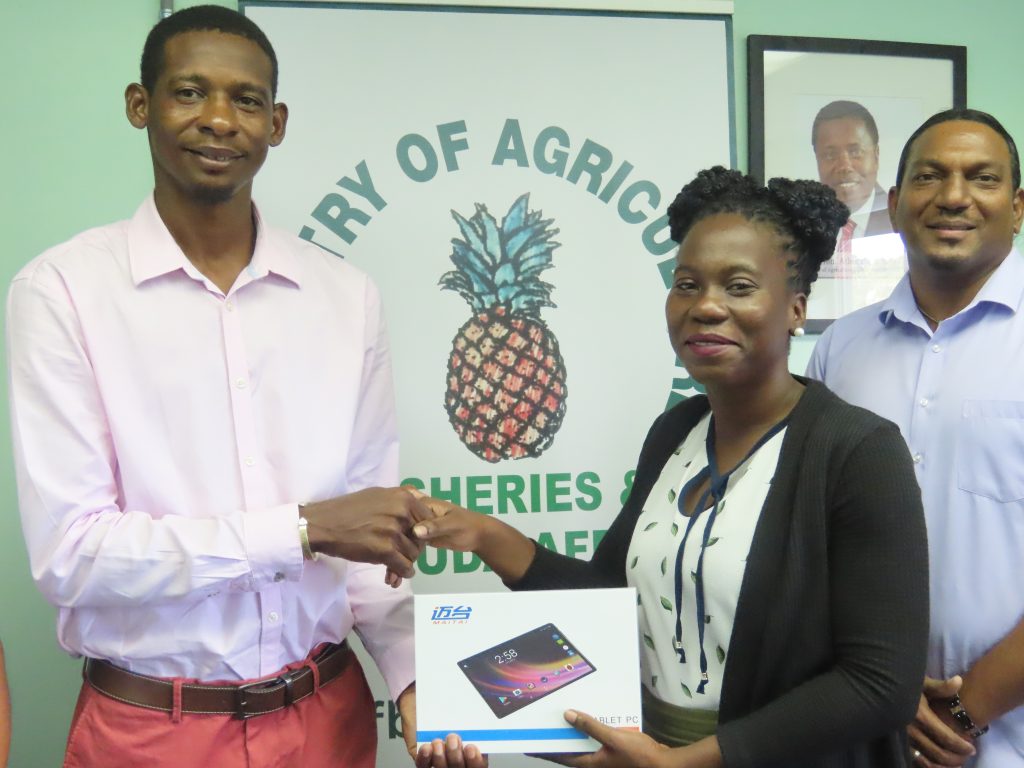 He said that IICA requires a lot of data as it partners with ministries and organizations on a number of projects.

“This will assist us in capturing timely data which we would need in order for us to continue to support the ministry of agriculture and the agriculture sector in Antigua and Barbuda. He urged the ministry to take care of the equipment.

Dr. Michael Rickaille, Head of the SRIT welcomed the donation which he considers timely, especially in an era of moving from paper-based to computer-assisted interviews based on cost effectiveness and efficiency.

“Most often when we speak of data and in relation to policy decisions and information, we think of the end product and we don’t think of the process involved and as a result, we miss the opportunity to speak about the level of investment that is required and the cost associated with quality data and as such, we find that there is a gap between the demands made and the capacity of units like the statistics unit.”

Dr. Rickaille underscored the need to bridge that gap.

“Most often, in trying to bridge that gap, we think of just knowledge transfer and skills transfer, but it goes beyond this as while these are important, without the basic resources, in my opinion it is ineffective.”

Deputy Director of Agriculture, Mr. Gregory Bailey described IICA’s donation as one of the most meaningful interventions that has taken place, as one of the problems being faced is the inability to articulate the snail problem utilizing data.

“It has always been somewhat of a subjective argument and I think that these hand held devices will go a long way in better articulating the issues.”

Permanent Secretary in the Ministry of Agriculture Mr. Colin O’Keiffe said that the tools will be extremely useful in assisting the ministry in its data collection, compilation, analysis and dissemination processes.

He assured IICA that the equipment will be put to proper use and noted that the door is open for other key partners to offer their assistance in strengthening the ministry’s data collection capacity. 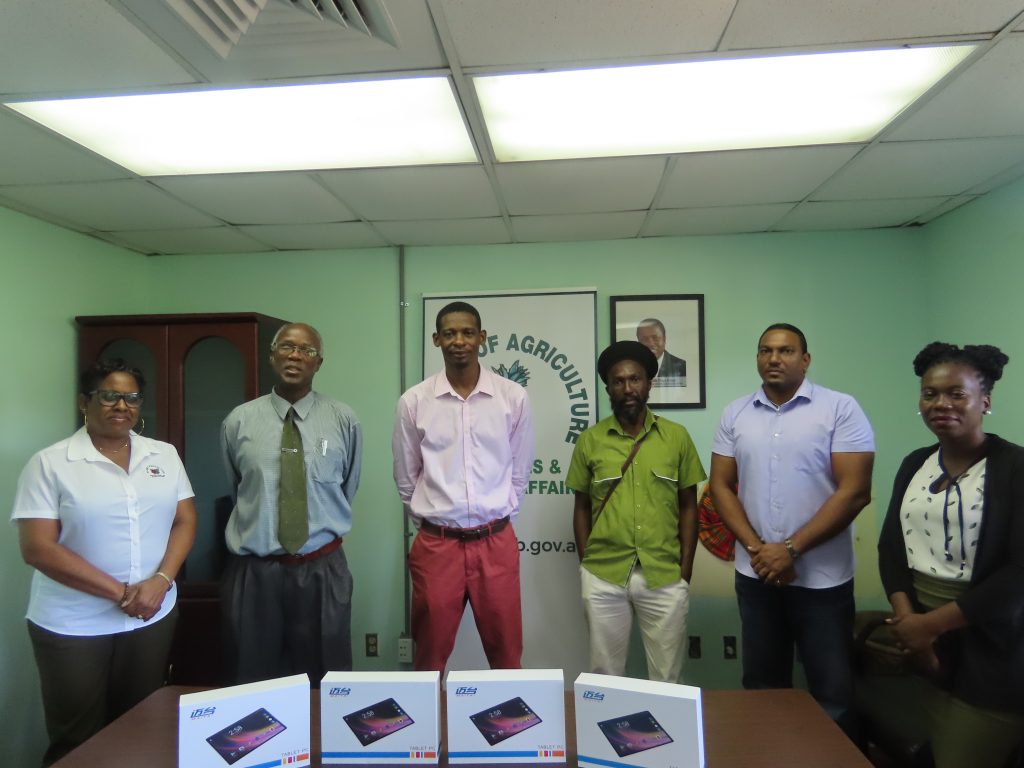