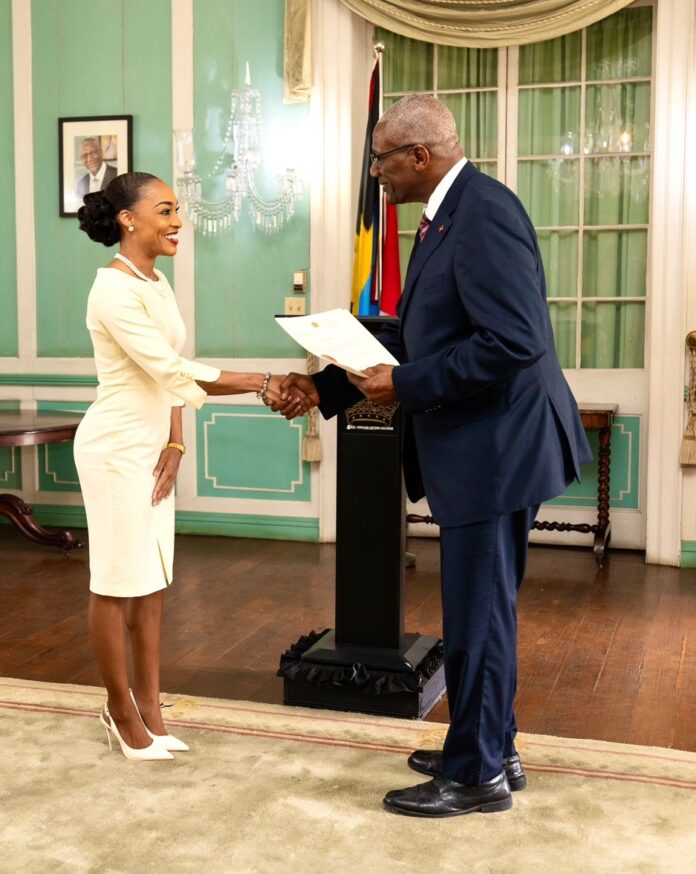 Professional bodybuilder, Melissa Seaforth, has pledged to work even harder in her bid to promote Antigua and Barbuda in a positive light after being named ambassador at large via a Cabinet decision.

The bikini fitness athlete, who turned pro in 2020, became the fifth sports personality to be given an ambassadorial role this year. Hers follows the appointment of creator and owner of Marsh-built Motors, Jason Marsh, who was appointed early December.

Seaforth said she sees the role as an important one.

“I will not take it for granted. I plan to continue working hard as I’ve always done and continue to represent Antigua to the best of my ability for the year to come, because 2023 is not going to be any different from the previous years I’ve prepared because it’s always to bring my best,” she said.

Seaforth, who finished third in the bikini fitness category at the Arnold Classics Europe in October 2021, said the appointment came as a surprise.

“I was speechless of course and you know, when you’re kind of lost for words and trying to find a way to express how you’re feeling but you can’t quite put it into words, but I am just feeling very blessed, grateful and honoured of course.

“I know it’s a privilege to be recognised in such a way and that the government of Antigua and Barbuda and the Cabinet felt that I was capable and they were confident I was able to perform in this capacity is just really humbling,” she said.

The athlete’s appointment was made official during a ceremony at Government House last week.