Some residents of Pointe Village have apologized to Prime Minister Gaston Browne over their conduct in the community during a brief period of unrest.

However, they have also indicated their displeasure with how the Boody Alley redevelopment programme was proceeding.

During a well-attended consultation in the community last week, one resident told Browne, who is also the Member of Parliament for that are that the redevelopment is good, however, he went about it the wrong way; a comment Browne agreed too.

“First of all, it’s a good initiative you have but I thought you went about it the wrong way though, that’s why you have all this chaos.”

Another resident who had some heated words for the MP during the recent protest action apologied for his action.

“Mr Browne, I want to say sorry, I apologies. Everything you do you right to do.”

The prime minister’s consultation with the residents came just mere hours after he hand-delivered letters to them outlining the plans for the area and the incentive the residents will gain through the redevelopment.

According to the letter any resident can now bring the grievances to an arbitration tribunal. The tribunal will be made up of a judge, one person appointed by the Governor General, a community resident.

Residents who were asked to relocate who wish not to move back after the completion of the development in Booby Alley will have that option.

Landowners can now benefit from having their land swap.

There will be reimbursement for all properties in the area.

Once the development is complete, Booby Alley residents who wish to return to the area will receive a new home at no additional cost.

Renters can continue under that arrangement or assume a mortgage at special financing rates.

Families who previously objected to the relocation process are now cooperating with the government for the redevelopment of the area according to Browne.

Antiguans both at home and in the diaspora are praising the government for the project saying the area is in dire need of it.

Booby Alley housing development project is funded through a grant from the People’s Republic of China. 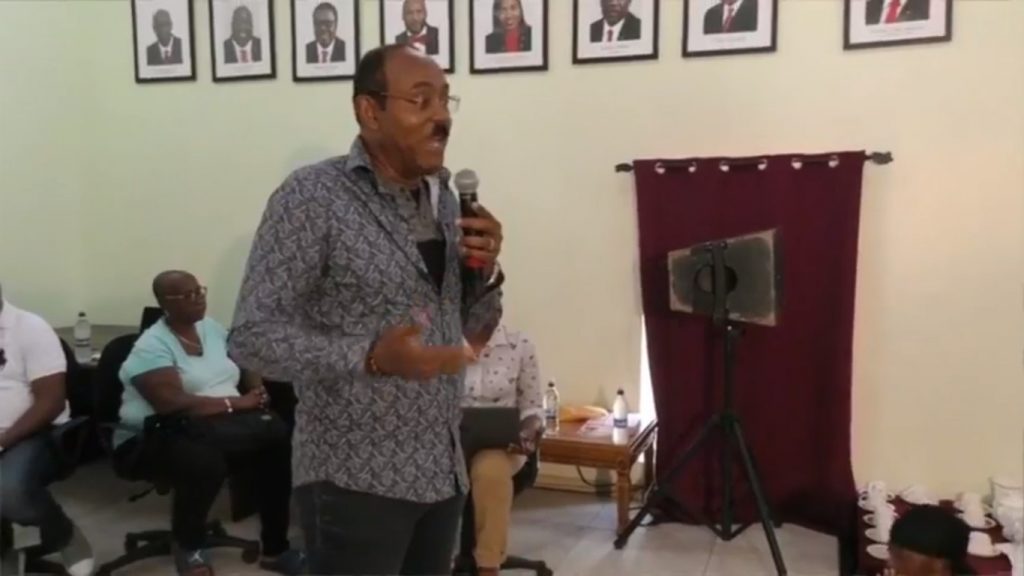 Browne told residents that this redevelopment is a 20 plus year dream of his and is rooted in his own struggles as a child.

“Luckily for us in this constituency, the labour party won in 2014 and the representative from this area became the Prime Minister, I said luckily because there are many things  that are happening in this area that people are taking from granted  and they are not happening by osmosis, it is by the conviction, the determination i have to empower the people of this constituency.”

“We would have individual discussions before any home is moved.”

He also showed them the plans for the new community which he said was not final and subject to their recommendations.