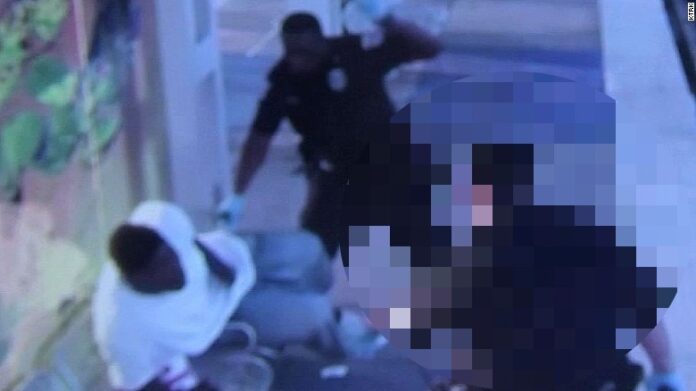 My name is Shackeal Yearwood. Seeing that my friend was confident enough to air his story has motivated me to also come forward. I was also beaten for no reason! CLICK HERE TO JOIN OUR WHATSAPP GROUP FOR NEWS UPDATES.

On Saturday afternoon myself and my friends went to a beach party down by the river. A lot of people were there, I also noticed the officers who were dressed in plain clothes. Later in the evening me and my girlfriend had an argument, naturally a crowd started to gather, someone parted us and I walked away.

While walking back to the van I came in, I heard a voice say “ The bad man police is here”, I turned to see who it was and I saw one of the police officer pointing his gun and crank it in my face, he asked “ wa you hit the gyal fa boss?” I replied that I never hit her. One of my friend took me to the van where Kenny was.

I told Kenny and my other friends who were in the van that the police pointed their gun in my face and cranked it. Kenny said, it was stupidness andother asked supposed he would have accidently shot and kill someone. One of the Police came to the van and shined his phone light in our faces. The crowd was still gathered near the van. We drove off and went to our homes. We dropped off Kenny first.

About 5:13 pm Sunday 26th June 2022, I was at the Horse race where I saw the same officers from the night before, they approached me and one of the officers said they came to lock me up for beating them on the beach. I asked the officer how can I touch a police when he was pointing and crank a gun in my face?

I was taken to the Barbuda Police Station and when we got there I was told to go inside. While there I asked what was I at the station for because my girlfriend never made a report and Kenny Morris was never there when me and her were arguing, “so why y’all getting involved?”

While at court I saw 2 persons lifting in Kenny Morris because he couldn’t walk on his own. We were beaten for no reason. I could see Kenny was in so much pain, I was also in a lot of pain. The charges they brought against us were dismissed. One of the officers told a whole different story in court.

We both need and deserve Justice!