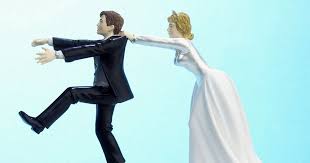 A Seatons woman who was to have her big day yesterday has been left in a state of distress after the groom did not show up for the wedding.

All the details are not known because those close to both families have been reluctant to come forward with what actually happened.
However, Antigua News Room (ANR) has been told by a reliable source that dozens of invitations went out for the expected special occasion.
We can also confirm that several individuals came from as far as the United States and the United Kingdom for the wedding.
The bride in all her sartorial splendor actually showed up at the church and ANR understands that many people who had received invitations were also present.
After realizing what had happened, the pastor informed the congregation that there will be no wedding and informed them to go to the feast house to eat.
Thousands of dollars had already been spent on the occasion to purchase the wedding dress, clothing for the bridal party, food, drinks, venue and other expenses.
The bride in waiting is said to be an employee of a government agency while the husband to be is said to be an employee of a utility company.
Both names have been withheld until further details can be obtained.
It is not certain why the man did not show up for his wedding.
When contacted the Reverend for the Saint Stephens Anglican Church in Seatons, Glanville Edwards told our reporter “I don’t know what you are talking about sir…you have the wrong source.”
The runaway groom has not been seen since ditching his bride.