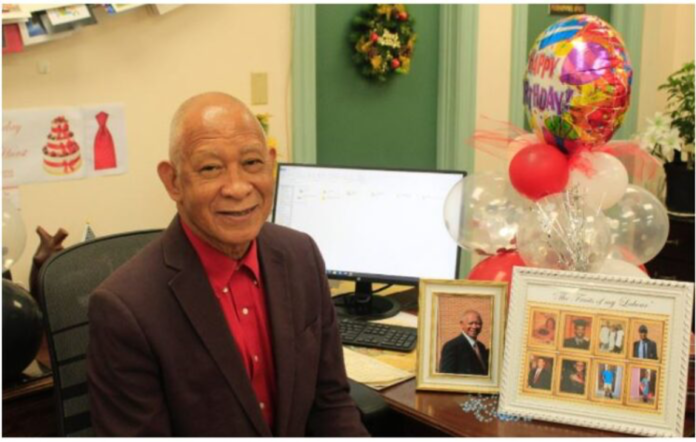 1. The Chief Medical Officer, the Chair of the Public Education Sub-Committee of the National Coordinating Committee for the COVID-19 Vaccine, and the Deputy Chair of the Sub-Committee were asked by the Cabinet to provide an overview of the plan to promote acceptance of the vaccine which will be administered to the population.

i. Vaccine hesitancy has become an issue globally because of the adverse claims which have been made by many publicly, especially on social media. The impact on the psyche of many people has led to the establishment of a Public Education Sub-Committee in Antigua and Barbuda, charged with informing, educating and encouraging the citizenship to accept the AstraZeneca vaccine.

ii. The CMO pointed out that until 80% of the population has achieved vaccination, “herd immunity” will not be attained. That status (herd immunity) is necessary to cause infections from Covid to be no more deadly than the flu, it was remarked; hospitalizations, all manner of maladies, sickness and death will then be brought under control.

iii. The Sub-Committee will recruit many of the most influential voices in the state to provide education and public announcements that will attempt to sway the majority away from the anti-vaccers’ negative messages. Further, a Covid Vaccine Passport will surely be required to travel to all destinations as the crisis wanes, and as countries seek to protect their domestic populations from visitors, which will serve as an incentive to vaccinate.

iv. The Sub-Committee reported that 60 to 100 nurses, doctors, orderlies, staff at MSJMC would be vaccinated today. (It was later confirmed that 64 medical personnel were vaccinated today). The Cabinet members will be vaccinated on Thursday, February 18, 2021, following the funeral of Nurse Byers.

2. Three expert consultants, recruited by the Ministry responsible for Technology, to advise the Cabinet of the steps to be taken in order to bring about “number portability” in Antigua and Barbuda, joined the Cabinet by Zoom for about 30 minutes.

i. The experts advised on the approximate cost which the 3 firms in the Antigua and Barbuda telecommunications market would likely be required to expend, in order to make the technology workable. The Caymans, with a population of 60,000 has achieved number portability; so too can Antigua and Barbuda, they surmised.

ii. The consultants also advised on the manner in which the existing law would have to be amended, in order to level the playing field; a regulatory body would have to be created, for example, separate and apart from the current arrangement.

iii. The testing of the system could be ready in 4 months, and the entire operational system could be implemented by year end 2021, or by an outside date of June 2022. Number portability allows a cellphone customer to switch to any of the three carriers operating in Antigua and Barbuda, without having to change his/her cell number issued by the original carrier.

3. The Cabinet expressed its thanks to several outstanding doctors who have appeared on national television, encouraging the population to have the vaccine administered when it becomes widely available. At this time, 5,000 doses of the AstraZeneca vaccines (a gift from Dominica) are available and the CMO, in consultation and acting under the directives laid out by the Cabinet, has determined who will receive the jabs from the first shipment, based on reasoned criteria. Cabinet members will have their vaccines administered on Thursday 18/2/21; parliamentarians will go on the following day; those most at risk frontline workers will also receive the vaccines on the weekend, as will the elderly living in nursing homes.

i. The Ministry of Health is seeking to have five other vaccines—a. the SputnikV from Russia, b. the Sinopharm from China, c. the Soberana2 from Cuba, d. the Pfizer, and e. the Moderna vaccines from the USA—authorized for use. The Antigua and Barbuda Pharmacy Council, as the law requires, is authorized to approve the use of vaccines. The AstraZeneca has already been approved by the Council.

ii. The 40,000 additional doses of the AstraZeneca, manufactured in India and to be gifted by India, will likely arrive Antigua before February 28. The mechanisms are being put in place to distribute the vaccines to clinics and to private doctors among others; one condition of the free supply to private medical practitioners is that no-one is to pay for the service or the product. The vaccines’ dissemination among the population must be cost-free, the Cabinet decided. An additional 100,000 vaccines are being sought from India.

iii. The Inter-American Development Bank has also made available US$5.2 million dollars to Antigua and Barbuda to fight this virus; it is to be used-up by August 2021. The Cabinet has authorized the money’s use to acquire more equipment and more medicines to achieve the end.

4. The Dashboard which synopsizes the impact of the Covid-19 disease on Antigua and Barbuda is to be updated daily. The crisis situation remains manageable; the health systems are not overwhelmed. Contact tracing is being intensified with more experts being added, including soldiers from the ABDF who have had special training in this field. i. Oxygen makers are to be upgraded since the amount of the precious gas utilized by a patient on a ventilator can be substantial. Patients suffering from asthma are frequently attached to the life-saving gas. New oxygen makers are to be purchased to meet the needs of the IDC and the MSJMC. Ninety new tanks of oxygen will be imported to strengthen the supply as well.

ii. Traffic Court and Family Court remain closed because of the illness suffered by a number of employees.

iii. Rapid test kits have been deployed to test those who may be suspected of having contracted the disease; the positive cases are given PCR Tests—the gold standard.

Iv. The Antigua and Barbuda population is advised to remain calm although both the mental and psychological health may tend to be stressed. Those persons who suffer from non-communicable diseases (NCDs), to include diabetes, hypertension, sickle cell anemia, organ failure, cardio-vascular, cancer, are especially encouraged to register to take the vaccine as it becomes available.