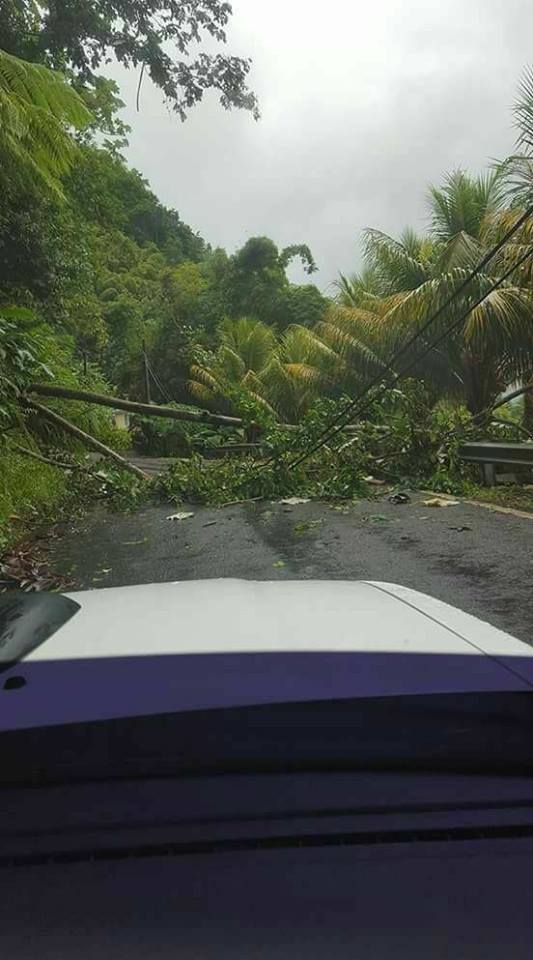 Hurricane Maria is impacting Dominica as a category 5 storm and already its fury is evident.

“My roof is gone. I am at the complete mercy of the hurricane. House is flooding,” Dominica’s Prime Minister Roosevelt Skerrit wrote on his official Facebook page.

“Certainly no sleep for anyone in Dominica. I believe my residence may have sustained some damage,” he added.

Many people have told local radio stations that their roofs have already blown off as the storm makes landfall.

“This is turning out to be a disaster,” said, Dr. Thompson Fontaine, an opposition politician on the island.

A woman reported that zinc damaged her front and a man posted a video on Facebook with the wind rattling his roof.

There have been photos posted of fallen trees and landslides. One woman reported that a river had overflown its banks and flooded her home.

Hurricane Maria is impacting Dominica with 160 miles per hour winds. The storm developed quickly earlier today going from category 1 to 5 in hours.

Electricity is out on the entire island but some people still have mobile data connections and have been making full use of it by posting on social media.