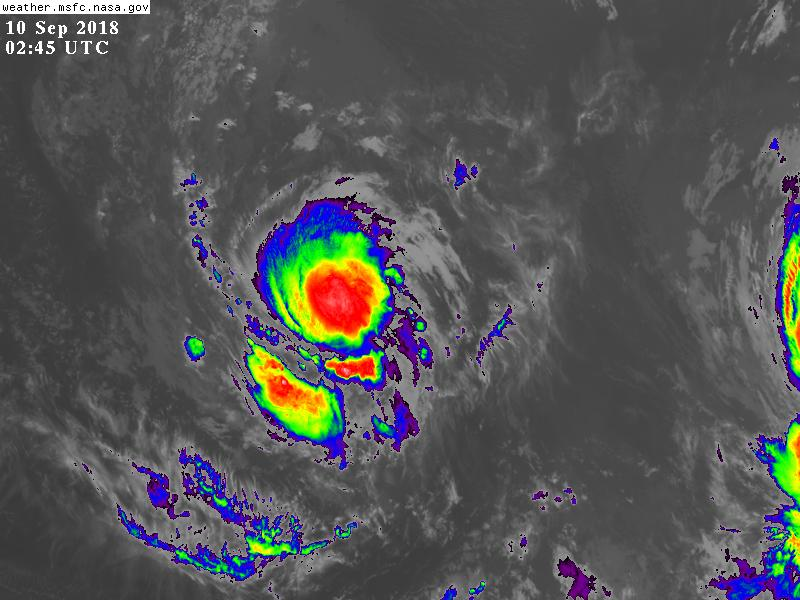 Hurricane Isaac, the fifth hurricane of the 2018 Atlantic Hurricane Season, was holding steady in its strength as it moves towards the Windward islands with sustained maximum winds of 75 miles per hour early on Monday.

The Miami-based National Hurricane Centre (NHC) in its 5.00 am (local time) bulletin, said that the storm, which was located near latitude 14.7 North, longitude 42.7 West, is moving towards the west near 13 mph and that while there are no coastal watches or warnings in effect at the moment, interests in the Lesser Antilles should monitor the progress of Hurricane Isaac.

“A westward motion with a slight increase in forward speed is forecast through the end of the week.  On the forecast track, Isaac is forecast to move across the Lesser Antilles and into the eastern Caribbean Sea on Thursday,” the NHC said.

It said that the storm has maximum sustained winds remain near 75 mph with higher gusts and additional strengthening is expected over the next day or two.

Meanwhile, the Barbados Prime Minister Mia Amor Mottley met with the key personnel responsible for emergency management on the island on Sunday night, as they prepare for the possible passage of the hurricane.

The authorities said that at least 21 hurricane shelters are being established across the island.

In Dominica, where, residents are still recovering from the passage of Hurricane Maria last September, the island has been warned to take the approaching hurricane seriously.

“People in areas prone to flooding, landslides and falling rocks are advised to be vigilant and to exercise caution during that period,” Met officials warned.