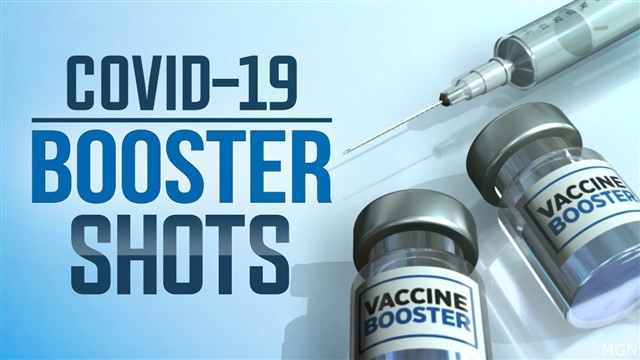 On Saturday, April 26, 2020, Robert Stewart Jr., a 33-year-old contractor from Virginia, invited an investigative reporter to take a trip on his private jet.

“I’m talking with you against the advice of my attorney,” Stewart laughed, before bringing J. David McSwane aboard a luxury Legacy 450 Flexjet, which he’d rented to deliver six million N95 masks during the early months of the COVID-19 pandemic.

Stewart had recently landed a $34.5 million contract with the US Department of Veterans Affairs, which operates the nation’s largest network of hospitals, promising to provide them with enough of the medical-grade (and at the time, scarce) masks to meet the overwhelming demand.

Problem was, there were no masks aboard the plane.

“The only reason I took the plane was because of my parents,” Stewart explained to McSwane. “They’re old and I didn’t want them to get sick, and I wanted them to see this.”

Stewart said he was a dedicated businessman with the best of intentions, trying to do his part in a global pandemic even though all the odds were against him. It wasn’t his fault that he wasn’t able to deliver as promised, even if he’d already spent some of the money —including, ostensibly, for the private jet.

“It took me a while, but I broke through the bulls–t,” he told McSwane, painting himself as an underdog fighting against bureaucracy to save lives.

McSwane recounts the meeting in his new book, “Pandemic, Inc. Chasing the Capitalists and Thieves Who Got Rich While We Got Sick” (Atria/One Signal Publishers), out now, which illustrates how COVID-19 became a boon to entrepreneurs like Stewart. Having access to essential medical supplies, or even just pretending to, became “an unexpected ticket to riches” early in the pandemic, McSwane writes, as the federal government “cast money out indiscriminately, like chum into the sea, and just see what bites.”

Like most of the COVID profiteers, Stewart wasn’t being paid by the federal government upfront. Instead, he got a purchase order from the VA, proving that his deal was backed by Uncle Sam. It was then up to Stewart to find a private investor to give him a high-interest loan, to pay for things like equipment, employees and private jets. When the masks were delivered, “the feds pay up,” writes McSwane.

The real money is made in the markup, which can be substantial. The average cost for an N95 is just $1 per mask. “But Stewart had gotten the VA to agree to pay almost $6 a piece,” writes McSwane. That’s a 350 percent markup. Multiply that margin by six million, and Stewart stood to walk away a very, very rich man.

COVID-19 has destroyed countless lives, but it also created about 500 new billionaires like Moderna CEO Stéphane Bancel and BioNTech co-founder Uğur Şahin. Thanks to the pandemic economy, US billionaires saw their wealth surge 62 percent, or $1.8 trillion. “In contrast,” writes McSwane, “the entire relief package Congress passed to keep poor and middle-income Americans from poverty, totaled just a little more, about $2.2 trillion.”

Stewart wanted to become one of those pandemic billionaires. McSwane first heard about him in a Wall Street Journal story, in which Stewart claimed, “I’m getting ready to step on a Boeing 737 to bring the masks to the VA. I’m looking at a few million masks right now.”

McSwane smelled something fishy, especially after he looked into Stewart’s track record, and found he “had no apparent experience buying, importing, freighting or reselling medical equipment even in the bustling days before the world shut down.”

Stewart had somehow gotten this job “without the usual competitive bidding, under emergency guidelines that lifted red tape meant to weed out fraud, patronage and waste,” McSwane writes. And he did it, according to Stewart, just because he promised that he could.

“The federal government was desperate,” McSwane writes. “Americans were terrified, and Stewart offered a solution with just a few emails.”

So McSwane reached out to Stewart, who he agreed met him at Dulles International Airport, just outside of Washington DC, in his plane — and he immediately admitted that he didn’t have any masks.

When the novel coronavirus infections surged in March of 2020, the National Strategic Stockpile, the nation’s emergency stockpile of drugs and medical supplies, was unprepared. Robert Kadlec, the Assistant Secretary for Preparedness and Response, claimed that US hospitals had less than one percent of the masks needed if COVID developed into a full-on pandemic.

The news only got worse. Navy Rear Adm. John Polowczyk, tapped by President Trump in early 2020 to coordinate the federal government’s collection and distribution of medical supplies, was shocked that the nation’s stockpile “was being managed by way of Microsoft Excel spreadsheets and a whiteboard,” McSwane writes.

“In other words, every drug store, supermarket and retail chain in America had a better grasp on its inventory than the most powerful country in the world did of its own emergency supplies.”

The government invested nearly $40 billion on pandemic-related contracts, with $5.6 billion going to first-time federal contractors, many of them with no experience finding or distributing medical supplies. Some were jaw-droppingly unqualified.

The 300 first-time federal contractors included Bayhill Defense, a Pittsburgh-based company granted a $14.5 million contract to provide ten million N95 masks by the Department of Veterans Affairs, despite the fact that prior to the pandemic, they only made and sold “non-standard ammunition and weapons” (according to its website) like assault rifles and grenade launchers.

The VA also gave a $14.7 million mask contract to Aunt Flow, an Ohio-based company that sells tampons for public restroom dispensers. With sales dipping because of the pandemic, they used their China manufacturing facilities to produce surgical masks instead. Medea Inc., a California-based boutique vodka company, also landed a $48.8 million deal from FEMA to make surgical masks.

There were so many dubious contractors, the New York City Mayor’s Office of Contract Services established an ad hoc group of purchasing staff that dubbed themselves the GAG team. “It stood for ‘I Got A Guy,’ a mocking reference to multitude of solicitations filling city emails and voicemail systems which often made reference to a friend or a friend of a friend who had a warehouse filled with masks,” writes McSwane.

“We were in a moral conundrum of having to run down every lead,” GAG’s chief procurement officer Dan Symon told McSwane. “Because what if it really does come through?”

Most of the contractors offering to save the city didn’t deliver as promised, including Ronald Romano, a New Jersey used car salesman who hatched a plot to sell New York millions of N95 masks at $4 each, a 400 percent markup from the usual street price. Had he succeeded, it would have netted him a profit of $45 million.

He didn’t have any masks. So, to pull off the scam, he enlisted a friend to use a defunct business as a front, and “another well-connected associate who happened to be the former foreign investment minister for Macedonia,” McSwane writes.

According to court records, Romano texted a business partner on March 9th to brag about his financial windfall. “I’m working on a few deals that if I get any of them, you might be buying a Ferrari,” he wrote.

Despite having no credentials and no actual proof that he could deliver masks, he was awarded an enormous payday.

“In an extremely unusual sidestep of the standard procurement process, the City of New York had signaled that it would be willing to wire payment for medical supplies upfront, before anything was delivered,” McSwane writes. “This gave the city an edge over the competition, which was fierce, but also exposed the city to obvious risks.”

If it wasn’t for the GAG team, who flagged Romano’s solicitation and passed it along to federal prosecutors, he would have gotten away with it. Instead, Romano was arrested on three felony counts of fraud in May 2020.

More than 2,200 employees tested positive for the virus at the VA hospitals waiting for Stewart’s N95 masks, claims McSwane. In the end, the agency paid Stewart nothing, but he did obtain a loan of over $800,000 from the Paycheck Protection Program, and another $261,000 from the Economic Injury Disaster Loan Program, which provides financing to small businesses during disasters.

After being busted by federal prosecutors, Stewart pleaded guilty in early 2021 to three counts of making false statements, wire fraud, and theft of government funds.

“Taxpayers had paid for it all, theatrics included,” McSwane writes. “These were mad times, and Stewart was far from the only person to cave to the temptation of quick and easy government money.” According to the US Justice Department, during just one year, 474 people have been charged with trying to steal more than $569 million through fraud schemes related to the pandemic.