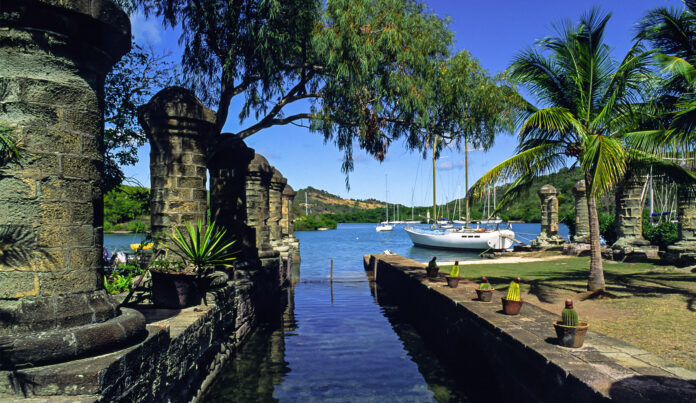 The identities of all the Africans who built Nelson’s Dockyard in Antigua may remain obscure in the annals of history.

Their names were poles apart from what they were known and referred to in their homelands in Africa.

Their biblical names, names derived from their owners or slave ships that brought them, may still remain unknown.

Nelson’s Dockyard, the historical relic which is now a UNESCO world heritage and

yachting bay, bears testimony of the sweat and toil of hundreds of enslaved Africans

are who made the dockyard a reality, according to the BBC.

It has become a popular tourist attraction that commands a lot of attention in the Western Hemisphere.

The project to uncover the names of the enslaved Africans who worked on the dockyard started with the unearthing of the names of eight men who lost their lives in a gunpowder explosion at the dockyard in 1744.

It was known to the researchers because some plantation owners had taken the pains to keep records on it because of associated compensation for loss of property.

The victims and their loss never mattered.

The hypothesis of the researchers was that if they could lay hands on eight names, they are bound to find more.

The quest to find more will determine the heroes who saw to the fruition of Nelson’s Dockyard,

a safe harbor for the Royal Navy warships that offered protection to Britain’s sugar-producing islands.

The researchers sought to find out more and put faces to the enslaved Africans involved in the construction of the historic dockyard.

They spent hours delving into London’s National Archives where they pored over the archival records leading to the discovery of 700 names.

One of the historians, Desley Gardner, said the exercise is to validate this important gap in history.

He said many people are at a loss for who their ancestors are so that they could pick inspiration from the spirit of the names.

He said it is important that the ancestors behind historic achievements are honored in modern history for their contributions.

One of the researchers, Justine Henry, said he has spent years trying to determine his ancestry but with little success.

According to him, the work would enable him to draw some link to his African ancestors.

The head of the project representing the

Africans have been buried because of the limited research directed to this work.

He said they were determined to establish whether the names found in the registry were what the enslaved Africans provided as part of the system put in place to strip their dignity from them.

He said depending on the situation it is important to know their names because those names carried what is left of their dignity.

It is against this background that artists were tasked to put faces on the eight persons who lost their lives in the explosion.