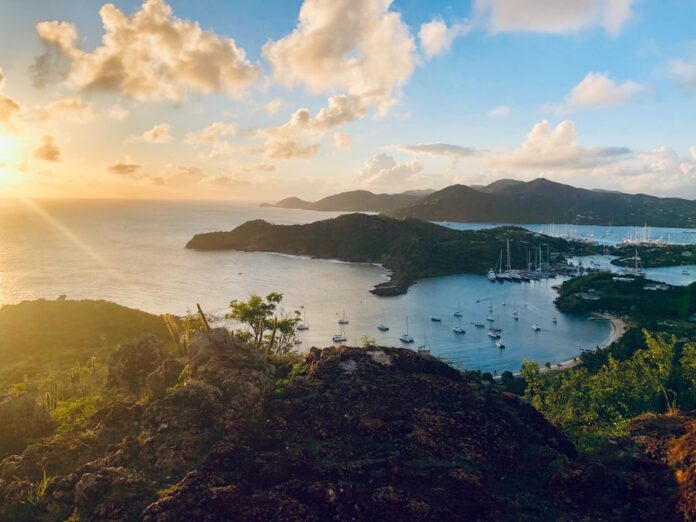 Antigua is a beautiful island that in 2019 saw 1.04 million tourists come to shore – tourists being Antiguas main source of economic boost – but relying on tourists alone is not enough. Recently, prime minister and finance minister Gaston Browne declared there should be a 10% increase in the economy next year, a statement many locals have been waiting to hear. With the economy set to rebuild after 18 months of low tourist levels, how does e-commerce play a part? Below, we will discuss whether Antigua can compete with the rest of the world.

One of the fundamental problems that once plagued Antigua and Barbuda have is the distinct lack of internet access. However, in 2020, there were 70.4 thousand internet users in Antigua and Barbuda combined. That’s out of a total population of around 97,200. Avid entrepreneurs can now sell online using the same self-help guides and e-commerce tools that the rest of the western world has access to. But are they doing that?

One study showed that although 62% of businesses had a website, e-business wasn’t its primary use – finding that hotels and tourism companies are the ones who use their websites for e-business the most. However, the remarkable growth of the internet has influenced the economy around the world, and Antigua is no different. The independent nation is in an excellent position to attract international business for e-commerce.

Antigua and Barbuda don’t have the same access to finance funds. Countries such as the US and the UK have a massive presence in the global financial market – the US e-commerce market alone was worth 431.6 billion US dollars in 2020. Antigua and Barbuda simply don’t have the funds to match. In fact, the net worth of the e-commerce market in Antigua isn’t even registered.

Although the Eastern Caribbean Central Bank recorded a net profit of $25.2 million at the end of March 2021, the prime minister, Gaston Browne, recently joined a virtual meeting with officials in the UK to discuss the inability to access the same finance funds as other countries.

UK Minister Lord Tariq Ahmed admitted more needs to be done to support small islands such as Antigua. That might mean a cash injection into the economy, which may boost Antigua and Barbuda’s e-commerce efforts.

The first female head of the World Trade Organization (WTO), Dr. Ngozi, was appointed at the beginning of the year – which will also go in Antigua and Barbuda’s favor. Dr. Ngozi aims to modernize the WTO and target 21st-century issues, such as e-commerce.

The ports of Antigua and Barbuda are primarily where exporting and importing take place. Although Antigua is struggling to compete with the global e-commerce market, importing and exporting is still one of the major sources of revenue for the island. In 2019, Antigua and Barbuda exported $278 million worth of products and imported $992 million. The major export of goods are:

The main countries that Antigua and Barbuda trade with are China, the UK, the US, and Canada, and Poland – although trading has been harder for the small Caribbean island. Antigua and Barbuda still face a backlash from the US after the fallout and still unresolved trade dispute of 2003.

What happened? Before 2003, Antigua and Barbuda had built a bustling e-gaming industry which replaced a decline in tourism levels. As Antigua and Barbuda gained traction in the e-gambling world and made moves towards the global e-commerce market, the US shut it out of the world’s biggest gambling market.

The US is still yet to comply with the rulings of the Dispute Settlement Body – even though they were discriminatory towards Antigua and Barbuda.

How Does Antigua Trade?

Still, Antigua trades. The figures mentioned above show Antigua exported $278 million worth of goods to countries around the world. Although it doesn’t have a strong online presence, ports and airports are the primary trading point for Antigua and Barbuda.