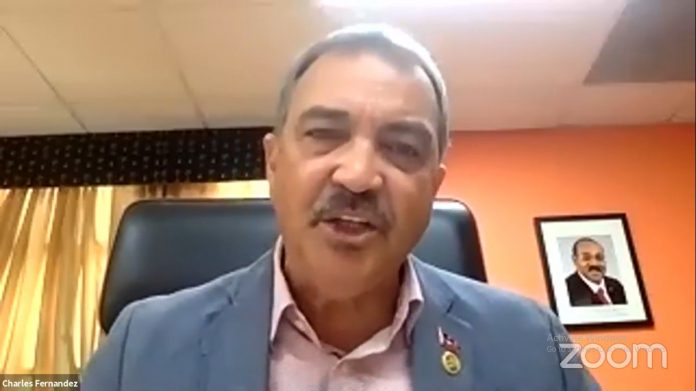 Tourism Minister Charles Max Fernandez says the hotels which have opened so far are enjoying occupancy rates of between 50-70 percent.

He made the disclosure while addressing a discussion organised by the Caribbean Tourism Organisation.

The minister says Sandals Grande Antigua continues to enjoy the best occupancy rates among hotels which have reopened.

“I can tell you to date 26 percent of our room nights are currently open,” Fernandez said. He revealed that another 10 percent will open between July and August, “32 percent more will open in October.”

“But we have put everything in place,” the tourism minister said.

Fernandez told the CTO discussion that American Airlines remains the only international commercial carrier for now, bringing in mainly visitors to the country.

“In July we are going to go up to 12 (flights) a week, in October we will be up to 20 a week and by the end of the year we expect to be a lot further ahead.”