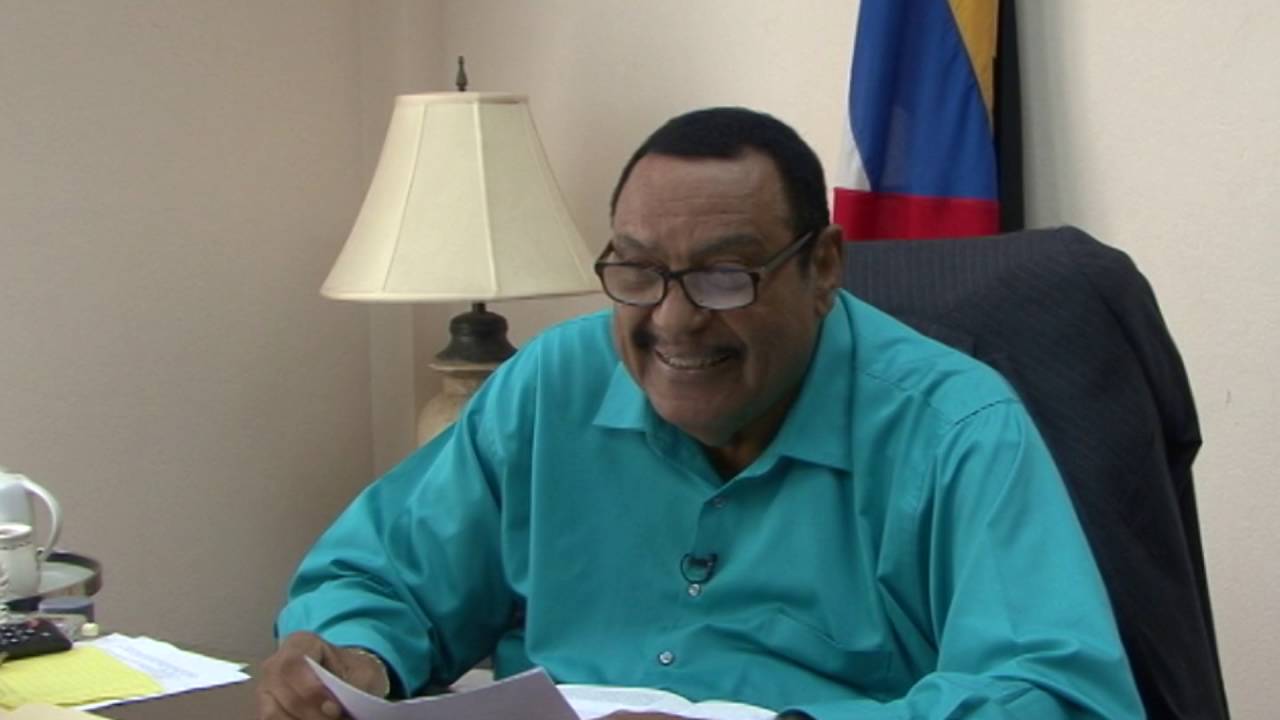 On the seventy-fifth Anniversary of our first island-wide all-inclusive move to free our labour from slavery and colonialism, our Father Of the Nation, our first Prime Minister and Union Warrior comes to mind; and as we move on to our Economic Development and our freedom into the world, our National Hero, Hon. Sir Lester Bryant Bird clearly deserves the fond nickname lovingly given to him by his constituents and the island at large, Giant Malt!

A giant in his athletic 6’4″ frame he towered over almost everyone, but his infectious welcoming grin set persons at ease in his presence, and his sharp intellect got the ball rolling as he was never a man to limit a dream. Self-depreciating in his historically long tenure as Antigua & Barbuda’s Deputy Prime Minister, he often likened it to one of his awards in the Guinness Book Of Records.

Clearly the honour bestowed on him as a National Hero has much to do with his work in the 1980s in delivering a powerful thrust to Antigua and Barbuda’s economic development as Deputy Prime Minister, Minister of Foreign Affairs, Economic Development, Tourism & Energy. Those were the halcyon days. quoted ‘Deputy’ as he was called by a people who loved him.

Consensus was the methodology which Hon Lester Bird used to achieve his goals in propelling Antigua & Barbuda forward. In order to accomplished this his drive to engage and involve qualified Antiguans and Barbudans spread through out the Diaspora where he encouraged students, accomplished and certified technicians all to come home.

Armed with qualified men and women and a Cabinet for the most part supportive, Hon. Lester Bird established branches of his portfolio of Tourism as the key element in employment creation, Economic Development of the island’s resources, and connected it with a dynamic Foreign Affairs thrust into the world. His Energy portfolio was concentrated on delivering WIOC.

There was real power in the trinity of Hon Lester Bird, Hon Hugh Marshall Sr. and Hon Robin Yearwood as they mapped the way forward for the twin island economy, it’s safety in growth, with a firm objective of informing and taking the population along with them.

His two colleague Ministers joined him for daily afternoons meetings where matters of state were tabled, with a bevy of technicians in planning, locating funding and programming  project execution. There was real camaraderie and bonding between the Ministers and Ministry teams which embraced everyone as the exciting projects started to roll out.

Responding to a study on Tourism where Antigua was found wanting, the team under the Deputy rolled our the Royal Antiguan Resort to supply the Conference and luxury complex with several restaurants, villas and aquatic sports arena, established through a turnkey operation/loan from SACE, the Italian Government arm for overseas development.

Heritage Quay, the Bay Road and the St. John’s pier were also envisaged as integral for St. John ‘s Development Corporation to supply much needed assets to grow the Cruise Industry directing ships into the heart of St.John’s, thereby releasing space at the Deep Water Harbour. The increase in shipping trade at the Harbour made the move necessary, recognizing the booming visitor demands of hotels, yachts, mushrooming restaurants and entertainment Centers.

Yachting took an upward turn as the social contract between Canada and the Caribbean was exploited to bring Nelson’s Dockyard and the historic surroundings into prominence being the first National Park, and as the restoration of historic sites featured in Tourism with help from Foreign Affairs global connections.

Travel abroad by The Deputy and Minister Marshall always brought great returns as contacts they made in the U.S. Canada and Europe and even China brought investors to Antigua and Barbuda.

Bird, Marshall and Yearwood established a development bubble in the Cabinet, finding investments and financing for all of the Ministries. Antigua was on a roll and nothing could stop the expansion as the population moved into factories of small manufacturing businesses and farmers were linked to hotels thereby giving a lift to Agriculture.

Under the economic leadership of Hon Lester Bird, projects involved the people through public consultations where the technicians faced the wrath of the public queries as introducing novel ideas demanded clarity.

Launches were restricted to the opening of the project when all of the fan-fair erupted claiming the hard work at bringing it to fruition. Antigua became the island of Festivals as the economic activity encouraged a fun filled atmosphere enjoyed by the people and the many high-end visitors who called Antigua and Barbuda their winter homes, with their yachts, villas, and high-end hotels. Antigua was on the move with its most bi-partisan, respectful and energetic leader-in-waiting working with the people and for the people!

Following in the footsteps of great regionalists Burnham, Bird and Bradshaw, Hon. Lester Bird walked out on the international stage of the United Nations in defense of small island states, while at home, the nucleus of what is now the Organization of Eastern Caribbean States had formed into a Regional Development Agency located in Antigua and serving the region.

Hon. Hugh Marshall was given all the support he needed to knit together the fledgling small island states for inclusion in the packages to attract Foreign Direct investment to Antigua & Barbuda and other OECS countries.

Antigua was the first island in the region to launch an economy with the financial foundation of Off-shore business and Off-shore banking which Barbados was soon to imitate adopting the basic core of Antigua’s Off-Shore Legislation, drafted by an international team of Capital Investment lawyers.

Following the money became the theme as the islands moved into the deep waters of global finance, where lone sharks reside, and those bent on corrupting the economic advancement of Antigua and Barbuda.

The halcyon days were over and Camelot ( as Sir Lester referred to those times) passed on to another era.  And, although fading, the economic high he inspired continued to place Antigua in the lead in novel ideas, and that impacting period of economic power that Hon. Sir Lester Bird ushered into his country has earned him the bi-partisan love and respect of Antigua’s National Economic Hero.