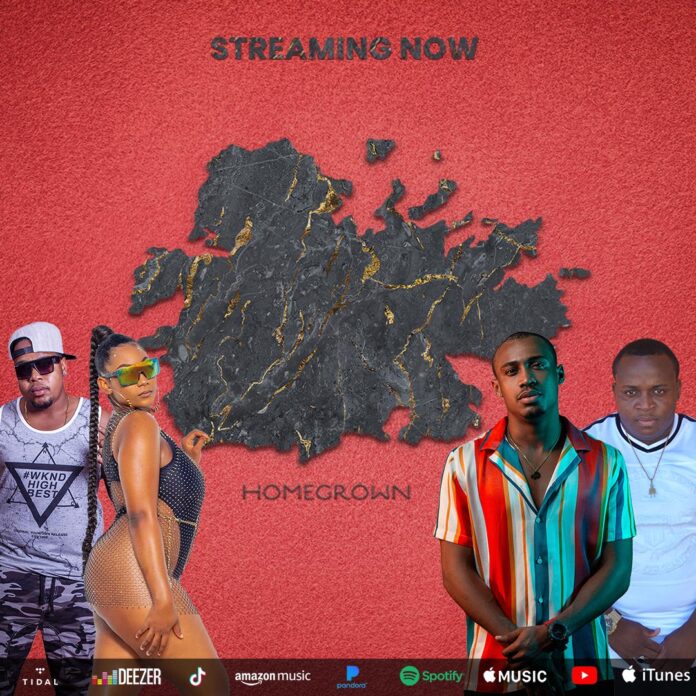 Shortly after the album’s release yesterday evening, 24-year-old DJ Quest told Antigua NewsRoom that he intends for HomeGrown to “make noise across the country”. The locally produced album is indeed making noise.

Every day, Apple Music generates a chart of the 100 most played songs by users in each country. As per Antigua, the young DJ/Producer’s intro track entitled ‘Playlist’ sits at Number 1 after dethroning Justin Bieber’s ‘Peaches’ this morning– evidence that the album has indeed made its way into everyone’s playlist as the song suggests.

The track features Niqko Wyld West Boss and Mula Million – upcoming talents from the 268. The seven-track album also lands spots 2, 3, 5, 6, 7 and 10 respectively on the charts.

The future looks promising as this signifies a turning point for the local music industry. While local artistes have managed to enter the Top 100 chart in the past, never has a local production sat at the number one (1) position. History has been made.

In a social media post, the young DJ exclaims that he is grateful for the talents who made the project possible and especially for those who have streamed, bought, listened to and/or shared the album.

HomeGrown is available worldwide on all major streaming platforms.