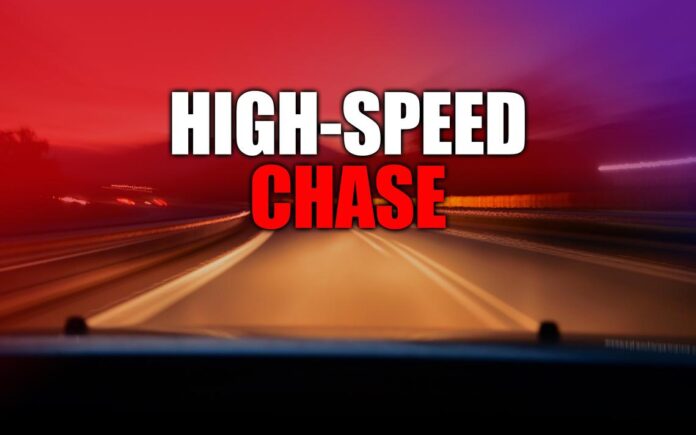 The Police are looking for a man who is believed to have committed a crime and who escaped being taken into custody last Friday, November 26.

REAL News has received reports of a high-speed chase that took place on Friday at about 5 p.m.  The pursuit reportedly ended on lower All Saints Road in the vicinity of the old Camacho’s Gas Station.

An eyewitness tells our News Department that the vehicle being chased by the Police appeared to have stalled at that location.

At that point, the three occupants reportedly alighted the vehicle, and the pursuing officers – all dressed in black –were able to apprehend two of the suspects.

The third man escaped on foot and remains at large.

Police Public Relations Officer Inspector Frankie Thomas confirms that the vehicle was being pursued on suspicion of the occupants having committed a crime.

While they were trying to evade the Police, the suspects’ car hit several other vehicles that were parked on Edward Street, Thomas says.  He says it was the driver who fled from the scene, and the vehicle was subsequently impounded.

Thomas says that follow-up investigations are to be completed once that suspect is detained, and a final determination of the offences he has committed will be made.