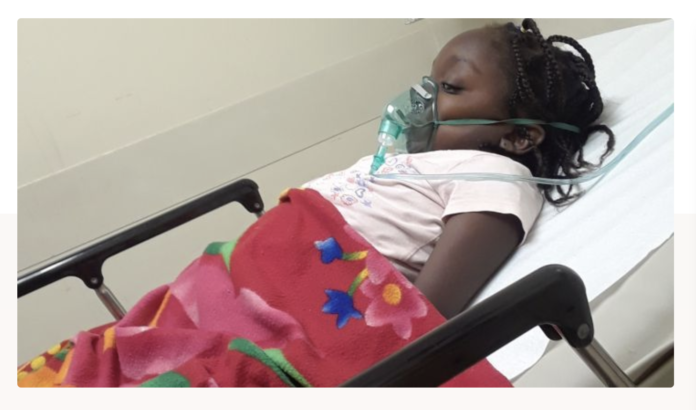 A gofundme page has been set up for Sheniqua  a 17-year-old national of Antigua who suffers with Growth Hormone Deficiency Syndrome.

Her Cousin Lloyd Smith makes an emotional plea for assistance:

“Hi, my name is Lloyd Smith, cousin of Sheniqua Smith. Sheniqua is a 17-year-old national of Antigua who suffers with Growth Hormone Deficiency Syndrome and as of January 11th, 2021, she started having seizures.

Sheniqua was placed on a hormonal drug ( Norditropin Somatropin) to help with her growth and she was also placed on Keppra to help stop the seizures.

Sheniqua comes from a very low-income family her mom tries to provide as much as she can for her and her 5 siblings but she is only one person she can only do so much, and trust she us a true definition of a strong mother.

She had Sheniqua at a young age but even though she realized her daughter wasn’t ok she has younger siblings Sheniqua is the eldest of the 6 children and the younger ones are taller than she is.

Sheniqua needs to be under the care of an Endocrinologist which her country do not have access to such Dr, the medication for the growth isn’t a drug that her country carries either to bring in that drug a month worth’s of the drug is $9000 xcd she requires to be on that drug for three years.

The drug can also be purchased at most drug stored or the Costco line in Canada so Lynika (Sheniqua’s mom) is trying to get her daughter there so she can be better monitored and cared for in Canada, there she has found the medication within the Costco line for $432 Cad per-pen that’s $1728 Cad a month ($3490.56 xcd).

She has also been speaking to some doctor there they tell her to get her daughter there and they can care for her but they cannot do so from another country, the visit would be $200 Cad per visit.

Please I am pleading help us help Sheniqua be the best that she can be and be a normal teenage that’s all she is asking to be.