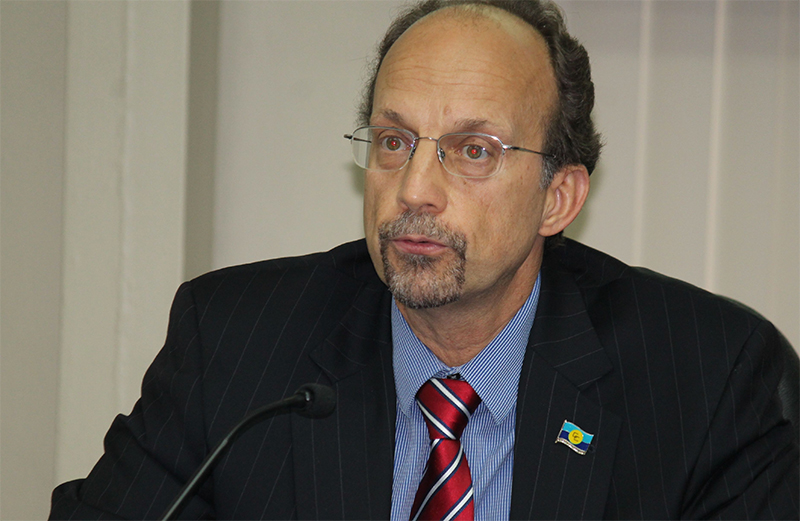 The executive director of the Trinidad-based Caribbean Public Health Agency (CARPHA), Dr James Hosepdales, is urging regional countries to “proceed with an abundance of caution” when it comes to the decriminalisation of marijuana.

Hospedales, who spoke on a government radio programme “Working for you”, said there is much discussion on the decriminalisation issue and that there have been several times in history where populations and societies have gone very liberal with substances of abuse.

“The Americans are in the middle of a big opioid crisis and some many decades ago they had a huge problem with addiction and especially among white women,” he said.

“We in the Caribbean have a problem with marijuana and clogging up of the courts and the justice system and that’s understandable to try and reduce that side effect. I think though, in introducing these kinds of public policies, consideration has to be given to the full range of impact.”

He said that if marijuana had to be decriminalised, there may be repercussions.

“We don’t want that when you’ve solved the problem so to speak of reducing the burden of the judicial system and the prisons you create a great surge in the increase of mental health admissions for marijuana addiction and other addictions.

“What I think needs to happen is that there should be strong public education concomitant with decriminalisation if government proceeds along that route; also, proper monitoring of impact policies,” Hospedales stated.

He added that there are some countries where there are reports by the chief medical officers that they are indeed seeing major increases in admissions for mental health problems associated with marijuana psychosis and increased use.

“So, generally you have to look at the whole thing when making a public policy decision,” he said, adding that research has shown that a significant percentage of young people in the Caribbean already use marijuana even if it is only infrequently.

“The harmful consequences of this are well documented. From mental health to social interactions to occupational opportunities. If you are a young person, it is very bad for your studies and it tends to demotivate a lot of young people.

“I think most Caribbean people are aware of others around us, for example, in our families and among friends, who have not achieved their potential because they have been smoking weed most of their lives or they have a problem with it.”

The CAPHA official said because there is significant medical, social and occupational harm associated with marijuana use, the move to decriminalise it must be taken seriously and if decriminalised there needs to be proper regulation of the substance.

Antigua and Barbuda is the latest Caribbean country to move towards the decriminalisation of marijuana for medicinal purposes.

But Prime Minister Gaston Browne said the initiative would be undertaken in a controlled environment.

“I want to make it abundantly clear that my government is not advocating the use of cannabis, we are against anything that is smoked.

We do accept, though, on the other hand, that marijuana utilised in different forms has significant medicinal benefits and certainly we’ll move pretty quickly to ensure that we legalise the use of marijuana for medicinal purposes,” he said.

The prime minister told Parliament that the government would be pursuing research in that regard and will also be looking to Canada, which has promised to legalise cannabis for recreational use by July.