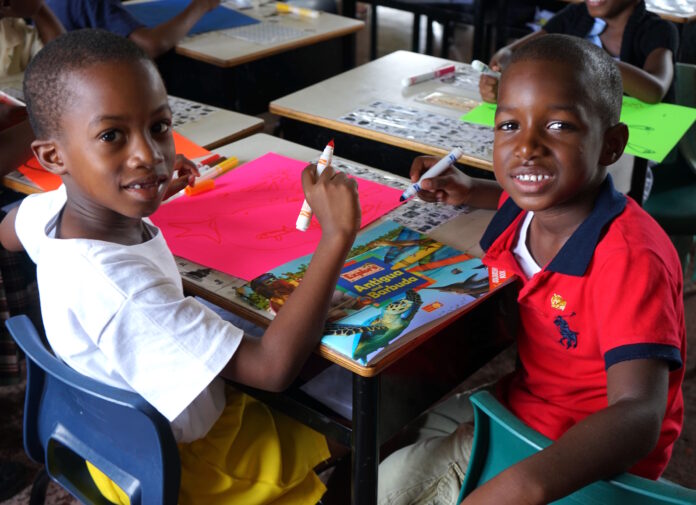 Students in the region have lost between one and 1.8 years of learning during the pandemic. CLICK HERE TO JOIN OUR WHATSAPP GROUP.

The significant loss of learning during COVID-19 school closures in Latin America and the Caribbean is now putting millions of children at risk of dropping out of school, the World Bank, the Inter-American Dialogue, UNESCO and UNICEF warned today during an event streamed live worldwide.

The heads of state of Argentina, Chile, Ecuador, and Honduras joined the event dubbed “My Education, Our Future” to express their strong support to education, while sharing their national learning recovery efforts and calling on other leaders to join them.

The region’s students have lived through some of the longest, uninterrupted COVID-19 school closures in the world. More than two years into the pandemic, not all students in Latin America and the Caribbean are back in the classroom.

Despite significant efforts made by countries in the region, children who are back at school have fallen, on average, between one and 1.8 years behind, according to new World Bank estimates.

“The education crisis affecting the region is unprecedented. If we do not act now to recover learning losses, an entire generation of children and young people will be less productive in the future and have fewer opportunities for progress and well-being,” said Carlos Felipe Jaramillo, World Bank Vice President for Latin America and Caribbean. “According to our estimates, today’s students could see their lifetime earnings decline by as much as 12 percent. This is the time to act, to prevent these loses, to support the future of the next generation.”

During the “My Education, Our Future” event the World Bank, the Inter-American Dialogue, UNESCO and UNICEF called for urgent and coordinated action to ensure that an entire generation of children get back on track academically. To this end, they made public a “Commitment to the recovery and protection of learning in Latin America and the Caribbean”, which relies on four key actions:

“Today we urgently call on all countries in Latin America and the Caribbean to commit to the recovery and transformation of their education systems,” said Claudia Uribe, Director of the Regional Bureau for Education in Latin America and the Caribbean (OREALC/UNESCO Santiago). “The loss of learning and well-being that millions of children and young people suffered during the pandemic puts their future and their hope at risk. There is no time to lose to take all necessary measures to repair this damage and prevent its consequences from becoming permanent or irreparable.”

Ariel Fiszbein, Director of the Education Program at the Inter-American Dialogue, remarked that “school closures have had very serious consequences on the education trajectories, learning and emotional well-being of students, and that there will be long-term effects not only on education, but also on countries’ productivity levels and employment prospects.” However, he also recognized that the pandemic has produced important lessons on how to improve teaching practices and that there are opportunities to build on those going forward.

In closing the event, Jean Gough, UNICEF’s Regional Director for Latin America and the Caribbean, urged all countries in the region to turn commitments into action.

“While many schools have now reopened their doors, the learning crisis in Latin America and the Caribbean is far from over; it’s just less visible than before,” said Jean Gough. “It’s not just a few students, but millions at risk of falling behind. Small-scale learning recovery programmes won’t be enough. To address the crisis, we need to develop and implement large-scale learning recovery systems. We can invest now or leave an entire generation behind. The choice is ours.”