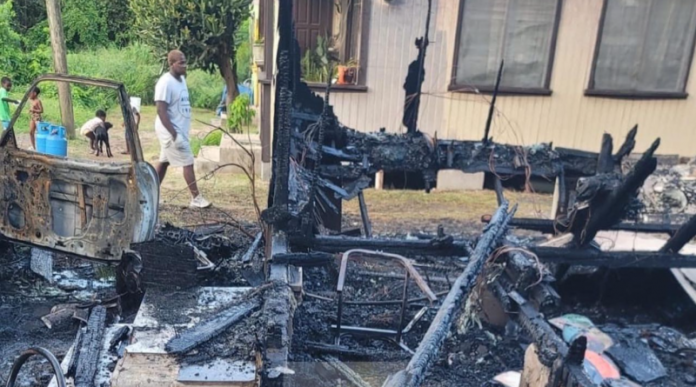 Within the space of 72 hours, the Fire Department and the Police are investigating another fire in the St. John’s Rural West community, this time in Hatton. CLICK HERE TO JOIN OUR WHATS APP GROUP FOR MORE UPDATES

State media report that the man had time to save only his important documents, since all his cash, personal belongings, and car – which was parked in front of the house – were destroyed.

Only a small wooden portion of the house and its concrete pillars are now visible following the inferno. Even nearby trees and the surrounding galvanized fence were scorched by the blaze.

Reports are that the Fire Department responded quickly to the scene. While firefighters were unable to save this house, they went into action and prevented the blaze from consuming two other houses on the same compound.

The property reportedly is located east of Bruce’s Night Club on the Hatton Main Road.

On Monday, July 25, four homes were destroyed by fire in the Greenbay Hill-Bakers Street area, leaving more than a dozen people homeless. Further, what appeared to be human remains were found among the rubble.

The cause of that fire is still under investigation. However, a neighbour claims she heard a loud falling sound coming from a bedroom of the house and later saw fire coming from that same room.CLICK HERE TO JOIN OUR WHATS APP GROUP FOR MORE UPDATES

A 44-year-old man – suspected to be the fire victim, since he has not been accounted for since – and two children, a 12-year-old boy and his nine-year-old sister were reportedly at home when the fire started. A female occupant, a security officer, was at work at the time.-REAL NEWS

A Hatton resident’s early morning travel plans were disrupted when he woke to find his 2-bedroom wooden home on fire.

According to ‘Smith’ all he had time to save were his important documents.

He says all his cash, personal belongings, and his car which was parked in front of his house are all now gone.

He reports a pair of pants hanging outside is all he now owns.

Neighbours report the quick action of Fire Officers saved two other houses on the same compound located East of the Bruce’s Night Club on the Hatton Main Road. 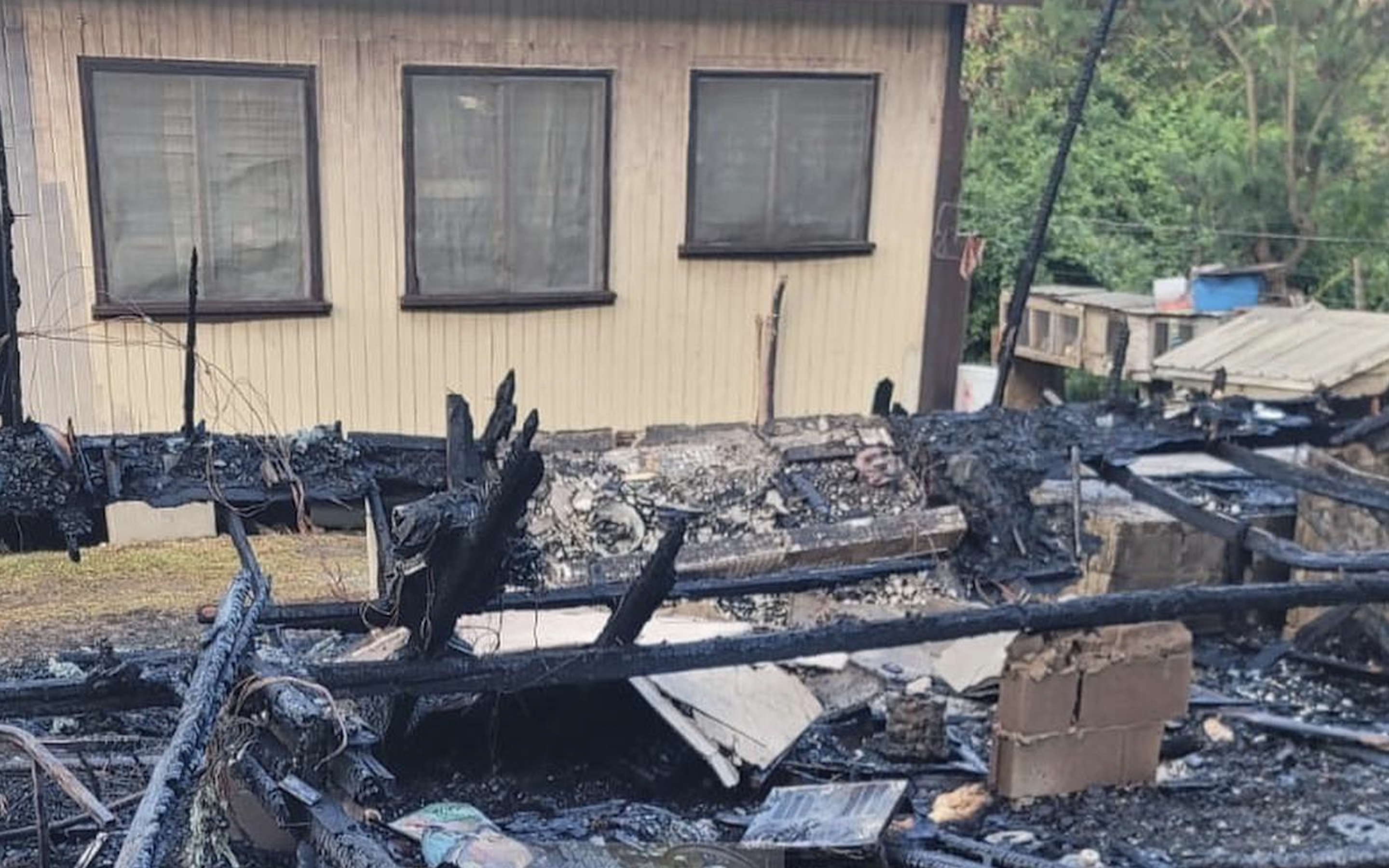