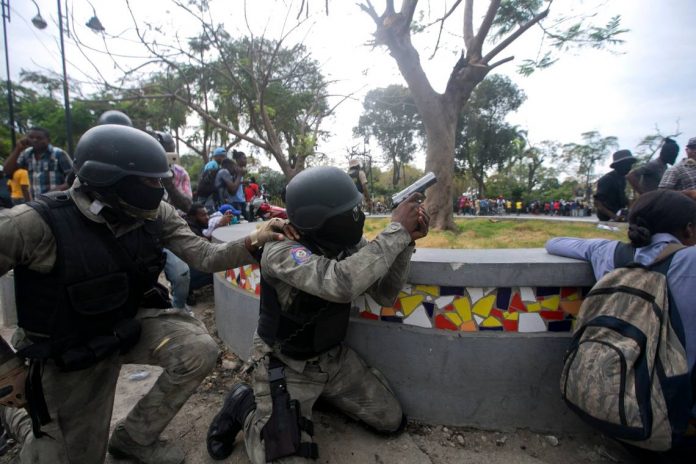 Friday, December 17, 2021, the high-level virtual meeting convened at the initiative of the United States to address the security, political and economic challenges in Haiti and to offer possibilities of support to the Haitian people, brought together 14 participants (international aid organizations and foreign governments).

Haiti was represented at this meeting by the Haitian Chancellor Jean Victor Généus and the Ambassador of Haiti in Washington, Edmond Bocchit. Meeting chaired by Brian A. Nichols, Assistant Secretary of State for Americas Affairs.

Chancellor Généus explained to the participants the requests of the Haitian Government, namely “The training of police officers, the equipment of the PNH in armaments necessary to face the firepower of the gangs and an intelligence service to accompany the dismantling of the gangs.”

Brian A. Nichols, explained “We agree that the Haitian National Police need additional support from the international community” stressing that a broad consensus existed that the situation in Haiti was above all “a police challenge and not a military one.”

Todd Robinson the Assistant Secretary of State for International Narcotics and Law Enforcement (INL) has announced that in the first half of 2022, trainers will be in Haiti to support the national police.

“There are promises of assistance in equipment […] There will be armored vehicles, troop carriers, lethal weapons [deadly offensive weapons] to fight the gangs” confirmed the Haitian Chancellor Génus stressing that the Americans seem to have changed their minds whereas previously they were opposed to providing lethal weapons to Haiti, specifying it is not the Haitian State that will disburse for the purchase of this equipment.

While acknowledging that there was still a lot of work to be done, Nichols said that in addition to the funding and equipment announced by the United States for the Haitian Police whose delivery should be completed by February 2022, commitments have been received from other countries.