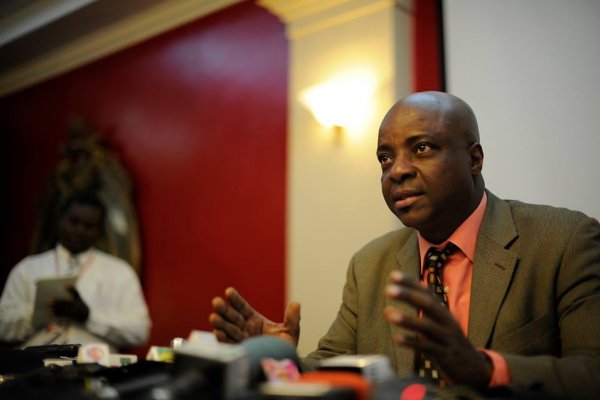 Prominent Haitian journalist Guyler C. Delva has been appointed as the new Minister of Culture and Communication in a Cabinet re-shuffle announced by Prime Minister Jack Guy Lafontant on Monday night.

Delva, who writes for a number of regional and international media outlets, is one of five new ministers named by Prime Minister Lafontant, who came to office in March 2017.

The cabinet re-shuffle comes amid reports that the majority members of President Jovenel Moise’s party in the Parliament had given the head of state an ultimatum to reshuffle, including dismissing Lafontant.Apart from Delva, who replaces Limond Toussaint, the other new ministers named are Jean-Marie Reynaldo Brunet, the Minister of the Interior and Territorial Communities, Jean Roody Aly Minister of Justice and Public Security, who replaces Heidi Fortune, Joubert C. Angrand, the Minister of Agriculture of Natural Resources and Development, who replaces Carmel André Belliard and Guy André Junior Françoi, who is now the Minister of Haitians Living Abroad replacing Stéphanie Auguste.

Political observers said that it is the first time since Moise came to office onFebruary 7, 2016, that the majority of his own party had given him a 72-hour ultimatum to change several ministers.

The disgruntled legislators said they had held talks with Moise about the re-shuffle and had expressed disappointment at the slow pace of implementing the measures agreed upon.

The Speaker of the House of Commons, Gary Bodeau, is reported to be supporting the legislators and is regarded as an influential member within the part.

The legislators argue that the government is not working in the interest of Haitians.