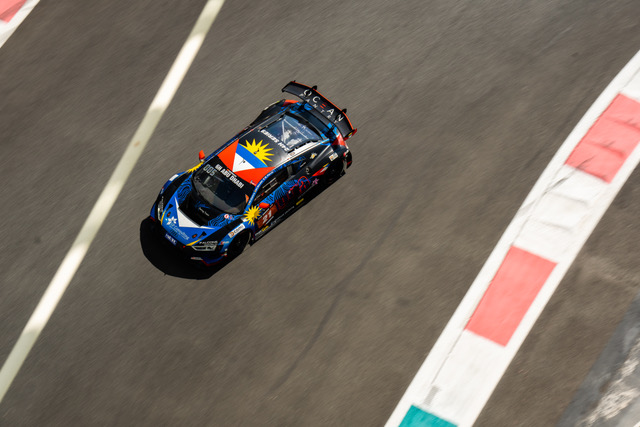 The Antiguan- Belgian racing team, Haas RT, has had a successful debut in endurance racing over the last two weekends.

Haas RT finished fifth overall in the 24H of Dubai last weekend. Because of an engine failure at the end of the night practice, not being able to do the night qualifications, and due to the engine replacement, the car started the race at 43rd position on the grid.

After a few hours, the car was in first position.

A bit of bad luck with the code 60, and a little mistake from a driver, the team always battle in the top 10, to finish a very good 5th place overall, best lap time of the race, and best pitstop time.

This Saturday, Haas RT competed in the 6H of Abu Dhabi, and finished 3rd on the podium.

The 6H race was intense, with the safety car coming out 3 times. The battle for the podium lasted until the very end of the race.

The last 15 minutes where the most intense, with the 3 first cars finishing in 10 seconds’ difference. The team set the best lap time during the race.

Not only the team finished 3rd on this race, but also finished 2d in the Middle East Trophy Powered by Hankook 2022/2023.

The team was set up only a few months ago, and has impressed by its professionalism, and is now getting the support from Audi Sport Customer Service.

The team will be racing in the 24H Series championship this year. 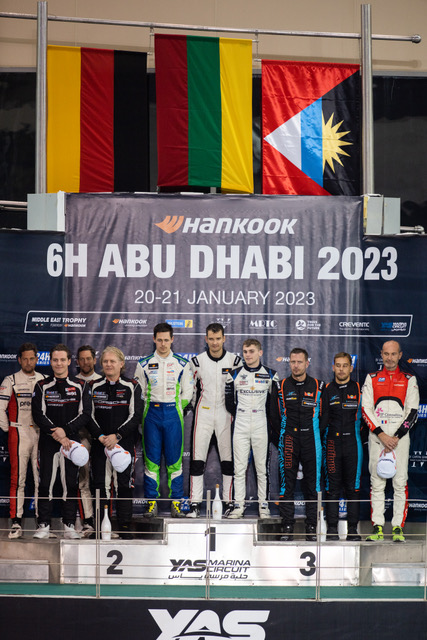