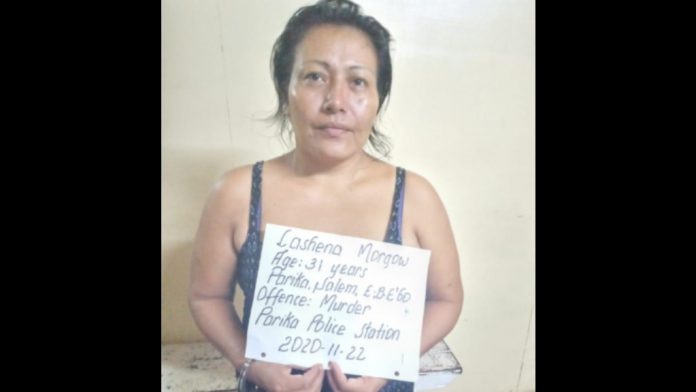 A 31-year-old woman is expected to appear in court today charged with the murder of her 20 year old brother.

Police reported Lashena Morgow of Parika, East Bank Essequibo allegedly stabbed her brother Alex Morgow, after she intervened in an argument he was having with  wife, Joyann Atkinson.

Police said Atkinson had cooked food for her husband before she left home with his sister to go to the market. After shopping, the women returned to Lashena’s home where she drank a Guinness.

The women returned home shortly after and that’s when Alex started arguing with his wife over the food she had prepared.

The argument became physical and that was when Lashena allegedly intervened.

She was also assaulted by her brother and she then allegedly ran to the kitchen, got a knife and confronted him again.

Alex received one stab wound to his chest.

Police were called to the scene and they found Alex motionless.

Alex was taken to a hospital where he pronounced dead on arrival.

Police arrested Lashena and they allegedly found the murder weapon in her purse.