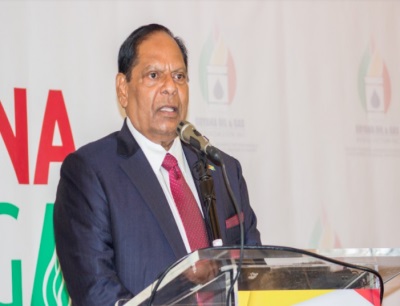 Prime Minister Moses Nagamootoo has called for the High Court judge Franklyn Holder to remove himself from a case due to a well publised fall out between the judge and Attorney General Basil Williams.

Nagamootoo, who is a party in the court matter against suspended Public Service Commission Chairman Carvil Duncan, made the request last Thursday, just days before the matter was set to begin.

The Prime Minister believes the spat between the Judge and the Attorney General, who is representing the state’s interest, could result in a hearing that is not fair.

However, the Attorney General has not indicated any intention to offer any such apology.

The Prime Minister in his letter to the Attorney General, which was copied to the Chancellor and Chief Justice, said he is of the opinion that he would be prejudiced in the suit because his attorney is being barred from being heard in the matter.

“In view of the foregoing, therefore, I authorize you to request that the Honourable Mr. Justice Holder recuse himself from further hearing in the matter”, he said.

He listed three main reasons why he believes the Judge should recuse himself from the matter.

“The Judge had the power to handle the alleged incident between himself and the State’s Attorney General, amicably in court instead of retiring to his Chambers without the formal rising of the Court”, the Prime Minister wrote.

He also pointed to the Judge’s letter to the Chancellor requesting an apology from the Attorney General in open court before the matter be allowed to continue.

Additionally, Nagamootoo pointed to the forwarding of that request to the President who is also a party in the matter.

The case is scheduled to resume on Monday.