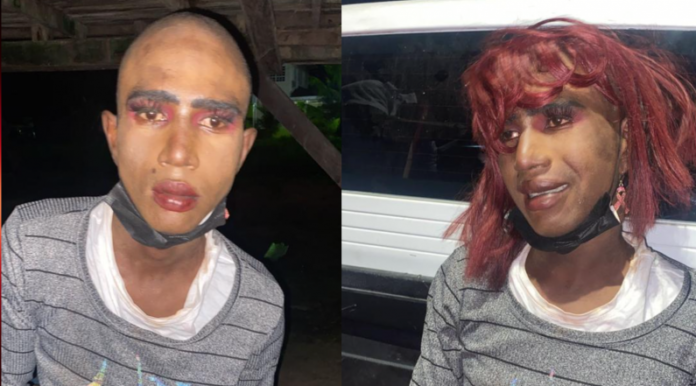 Police in Guyana say they have detained a murder suspect who was dressed up as a woman in order to avoid arrest.

A police statement said that Shawn Bobb, a labourer of East La Penitence Squatting Area, was wanted for the alleged murder of 19-year-old Isaiah Edwards, who was stabbed on January 26 after intervening in an altercation between his mother and the suspect.

Police had issued a wanted bulletin for Bobb last Friday, but following a tip-off over the weekend, officers went to a house in Mahaica, a village located in region 4 of Demerara-Mahaica, where Bobb was found.

The police said that when they tried to arrest the suspect, he jumped through a glass window dressed as a woman, complete with makeup and a wig on his head.

He was arrested and is currently under police guard at the Georgetown Public Hospital Corporation where he was taken for medical attention.