A privately chartered aircraft which arrived at the Cheddi Jagan International Airport on Monday, has been detained by the police who suspect that the plane has a false registration number and false documents. 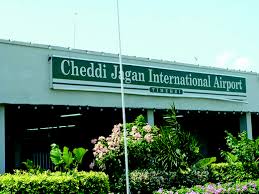 According to police reports, the aircraft landed shortly after 3pm (local time) on Monday and when customs and security officials carried out inspections, several irregularities were found.

“Ranks of the Customs Anti-Narcotics Unit were alerted and conducted a preliminary inspection of the aircraft and discovered certain irregularities which were promptly reported to higher Headquarters,” a police statement noted.

Based on inquiries, it was revealed that the pilots and passengers were invited to Guyana by a man identified as Michael Brassington who was at the airport to receive them.

It was found that Brassington had served time in the United States on several charges including the breaking of US aviation rules.

Investigators say they plan to question Brassington about the plane.