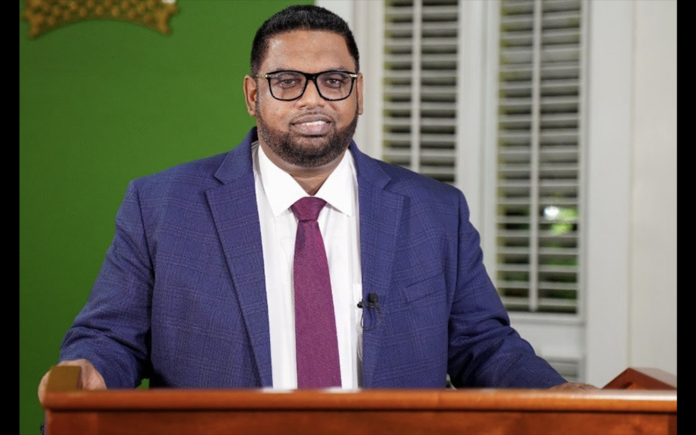 (CMC) – President Irfaan Ali Wednesday announced a one-month tax-free salary for all members of the Joint Services, less than 24 hours after he had announced a two week tax free bonus for all health care workers as it praised them for their service to the country during the coronavirus (COVID-19) pandemic.

President Ali, who made the announcement during the Guyana Defence Force (GDF) annual Christmas Lunch, said that the tax-free salary is in addition to the seven per cent salary increase announced earlier this month and paid along with the December salaries.

Last year the Joint Services received a two-week tax-free bonus from the government. President Ali gave no other details, including the total sum of this latest payout or the number of military personnel who will benefit from the tax-free salary.

On Tuesday, Ali said the two-week tax free bonus to health care workers, would result in approximately GUY$612 million (One Guyana dollar=US$0.004 cents) being dished out to an estimated 9,200 health care workers and complements the seven per cent retroactive bonus they had already received this month.

The seven per cent salary increase to 50,000 public servants will cost the country an estimated GUY$10.5 billion.