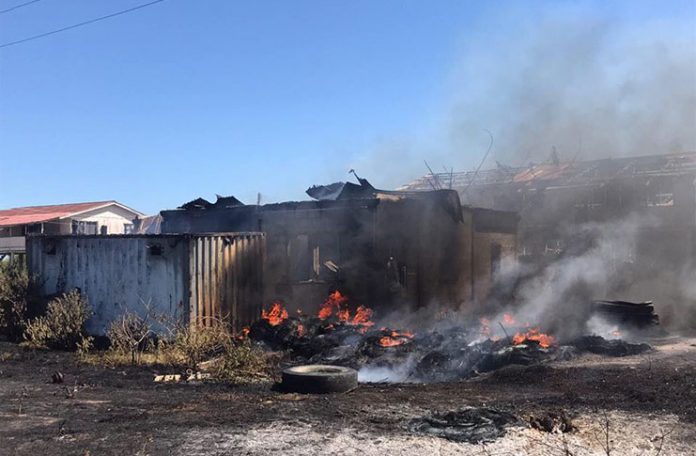 A building in the Tarlogie compound in East Berbice, Corentyne, which formerly housed government staff in the 1980s, was completely gutted after a man tried to get rid of a snake by burning it.

Several other abandoned buildings in the compound were not affected.

According to reports, the fire started at approximately 13:00hrs after the security guard attached to the compound lit a fire in a tyre that was situated close to the house. He told investigators that he saw the snake inside and wanted to “kill it”.
The Guyana Chronicle understands that the small fire caught on other combustibles and old tyres that were stored next to the structure. Within minutes, the fire spread to the entire building.

Reports indicate that soon after lighting the fire, the man fell asleep and was awoken by the smell of smoke. When he opened his eyes, he saw the house on fire.
The fire completely destroyed the house and spread to nearby empty lots with dry grass. Firefighters from the Rose Hall Fire station arrived promptly and were able to control the blaze.

The security guard was held for questioning and an investigation is currently underway. It is unclear if the snake was killed in the inferno.