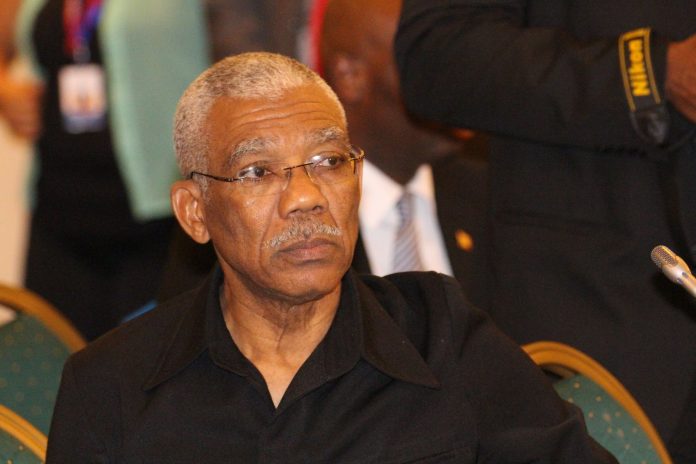 CMC-President David Granger on Thursday indicated he will accept the results of the March 2 election once are declared by the Guyana Elections Commission (GECOM).

Speaking with reporters on Thursday, on the sidelines of the opening of a new COVID-19 hospital here, he pointed out that his acceptance of the declaration is not conditional on whether it goes in his favour or not.

Granger’s APNU+AFC Coalition has used the courts to try to get GECOM to declare results other than the recount figures which show the Opposition People’s Progressive Party (PPP) has won.

”With respect, my statements on compliance with the declaration wasn’t conditional, I didn’t say if the rain is falling or the sun is shining, you know, if it comes by day or by night, I am obliged to observe the declaration of the Chairman of the Guyana Elections Commission.”

The President in the past committed to accepting the national vote recount figures which show the PPP winning the elections by over 15,000 votes but agents of Granger have moved to the court to block GECOM from using the figures.

Earlier this month, Guyana’s highest court – the Caribbean Court of Justice (CCJ) ruled that votes already counted during the national recount of votes are valid and should form the basis of a declaration of a winner.

Local and international stakeholders have collectively called for the recount results to be used as the basis for a declaration. The coalition is seeking to have the court approve the use of 10 regional declarations which handed it a victory based on fraudulent numbers.