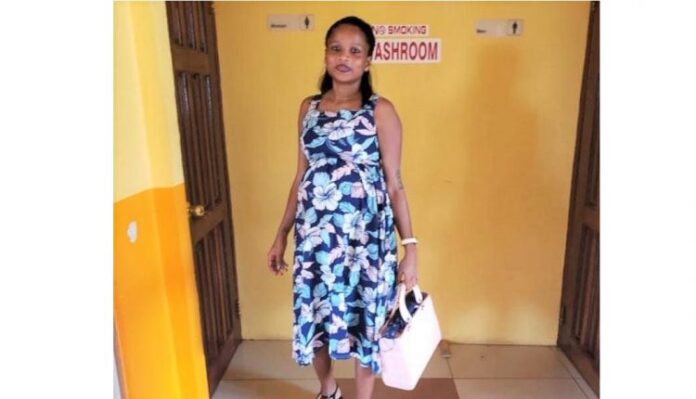 A doctor and two nurses who were found negligent in the tragic deaths of 31-year-old Vanessa Lewis-Sahadeo and her newborn baby girl at the New Amsterdam Public Hospital in Region Six (Corentyne-Berbice) have been suspended.

Minister of Health, Dr Frank Anthony, on Thursday said the investigation into the incident has been completed and based on the findings, immediate steps were taken to suspend the doctor and nurses involved.

“We had a mother and child that died and we launched an investigation into what happened in New Amsterdam.

“We have a standing committee called the Maternal Review Committee and they had the opportunity of going there on Sunday and they were able to interview everyone who were connected with the challenges we had there and they have since issued a report and based on that report, we strongly believe that the doctor, who was in charge of the patient, seemed to be negligent and we also believe that the nurses who were involved, were also negligent,” Dr Anthony said when questioned during his daily COVID-19 update on Thursday.

The minister further stated that there will be several follow-ups to the investigation and further actions will be announced at a later date.

Lewis-Sahadeo, from Williamsburg on the Corentyne Coast, was admitted to the Maternity Ward of the New Amsterdam Hospital on February 22; four days later she gave birth and subsequently underwent an emergency C-section.

She was then rushed to the Georgetown Public Hospital following complications at the New Amsterdam Hospital and subsequently died on February 26.

The young mother, who had three other children, first visited the Port Mourant Hospital after experiencing abdominal pains but was transferred to the New Amsterdam Hospital since her blood pressure and blood count were low.

A post mortem examination conducted by government pathologist, Dr Nehaul Singh, on Wednesday revealed that Lewis-Sahadeo died as a result of hypovolemic shock, which an emergency condition that is caused by severe blood or other fluid loss, resulting in organs shutting down.

The post mortem further stated that she also died as a result of abdominal and pelvic hemorrhage, acute lung distress, brain edema and cerebellum herniation.

One of her uncles, Joe Lewis, told the News Room that her bladder was severed during the C-section. The uncle claimed that the doctors knew what had happened and tried stitching up the wound.

“They severed her bladder and cause massive bleeding and like they panic and sew it up and then they removed her womb,” the uncle explained.

Meanwhile, two post mortems were conducted on the newborn. The first post mortem, which was done at the New Amsterdam Hospital, revealed that the child died from newborn hemorrhagic syndrome. This occurs in a baby during the first few days of life. According to Boston’s Children Hospital, babies are normally born with low levels of vitamin K, an essential factor in blood clotting. A deficiency in vitamin K is the main cause of hemorrhagic disease in newborn babies.

The News Room understands that the second autopsy conducted at the Georgetown Public Hospital shows that the child was stillborn. Common causes of still birth include infections, birth defects and pregnancy complications.