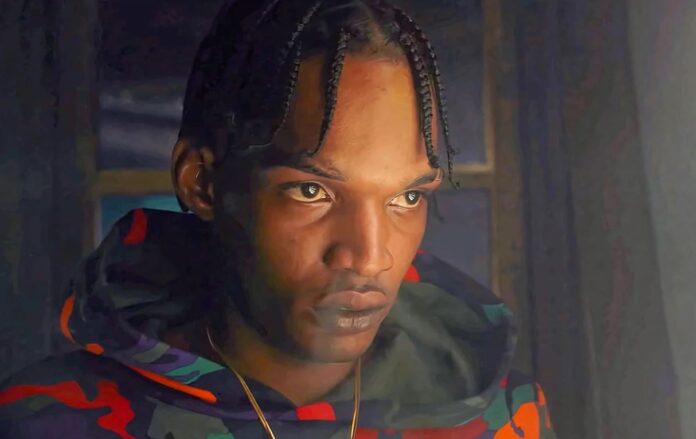 Skeng is the latest dancehall artiste to be named persona non grata in Guyana, according to the country’s public security minister, Robeson Benn. CLICK HERE TO JOIN OUR WHATSAPP GROUP.

Benn made the announcement at the opening of the Community Relations Department of the Guyana Police Force on Friday morning.

“No artiste like Skeng will ever come again into this country under the signature of any person from the Ministry of Home Affairs or from the Guyana Police Force,” Benn told the gathering.

The security minister said anti-social behaviour and lawlessness in any form will not be tolerated in public spaces.

“Any artiste who has a record of promoting vulgar and lawless behaviour, including the firing of gunshots in public places will not be granted permission to appear on a public stage, they could still make private club appearances and behave as badly as they want,” said Benn.

According to reports, the 21-year-old Jamaican deejay — whose given name is Kevaun Douglas — was approximately 15 minutes into his set when an unidentified patron discharged his firearm in a gun salute as he performed Protocol. Members of the crowd began scrambling for cover. However, based on videos making rounds on social media, the Jamaican entertainer was unaware of what was happening immediately.

In an interview, at the time, with Big Smith News Watch, Guyana’s National Security Advisor Gerry Gouveia condemned the incident and said there was a high level of security concern.

“Anything that disturbs the peace and break the law in Guyana and affect investor confidence is a national security matter and this certainly concerns me. The people who organised that show will have some serious questions to answer,” he said.

The artiste and his management have distanced themselves from the shooting.

Skeng has been at the centre of controversy recently after being charged with disorderly conduct and resisting arrest at the Norman Manley International Airport in Kingston while trying to board a plane to Trinidad and Tobago. He is being represented by Christopher Townsend, and will face the Kingston and St Andrew Parish Court on June 21.

Skeng is not the first Jamaican act to come under scrutiny in Guyana. In 2008, Mavado and Bounty Killer were temporary banned after a concert they headlined ended abruptly following sporadic gunshots.

In addition to Protocol, Skeng’s other songs include Heaven Passport (with Intence), Gunman Shift, London, and Street Cred.