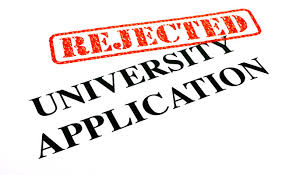 The Association of Caribbean Students for Equal Access to the Legal Profession (ACSEAL) has called on CARICOM to “rectify” parts of its treaty which give non-UWI law students a hard time so access legal education.

In a letter to CARICOM Secretary General Irwin Larocque, the group’s co-founder Jason Jones argues that thousands of CARICOM citizens holding Law Degrees awarded by Institutions external to the University of the West Indies (UWI) “have been perennially denied fair and equal opportunity to access legal education and the legal profession of their respective States, over the last 20 years.”

Jones argues that this is because the subsisting Admissions Policy administered by Law Schools governed by the CARICOM Council of Legal Education (CLE), under the 1971 CARICOM Treaty.

The policy requires non-UWI holders of law degrees to sit an Entrance Examination and Jones argues that based on previous years “more than 90% of these students will be denied entry to the final stages of their legal training;.”

He said  100% of UWI law graduates will gain automatic entry to the final stages of legal training at the law schools, irrespective of their degree classification/grades.

According to Jones, the interpretation of Article 3 of the 1971 CARICOM Treaty,  has resulted in the “patently unfair exclusion of many CARICOM citizens from the legal profession of their respective Countries by systematically allowing only a mere handful of non-UWI law graduates access to the law schools, despite the equivalent status of their qualifications.”

He wants CARICOM to take up the issue at its meeting in Grenada next week.

ACSEAL is of the  view that the framers of the West Indian System of Legal Education did not intend to marginalise and disenfranchise CARICOM citizens, “especially our young people, as is now the case.”

“It has become necessary for CARICOM to reassess the 1971 Treaty, with a view to ensuring equal access to legal education for all CARICOM citizens, consistent with rights outlined in: Article 13 of the ICESCR; Articles 25 and 26 of the ICCPR; and those enshrined within the Republic Constitutions of various Member States party to the 1971 CARICOM Treaty,” Jones wrote.

He is calling for the requisite steps to “fundamentally reform and rectify the adverse effects arising from the 1971 CARICOM Treaty, so as to ensure that every CARICOM citizen possessing the will, skill, aptitude, and character to enter the legal profession and participate in the legal systems of CARICOM Member States has an equal and fair opportunity to do so.”