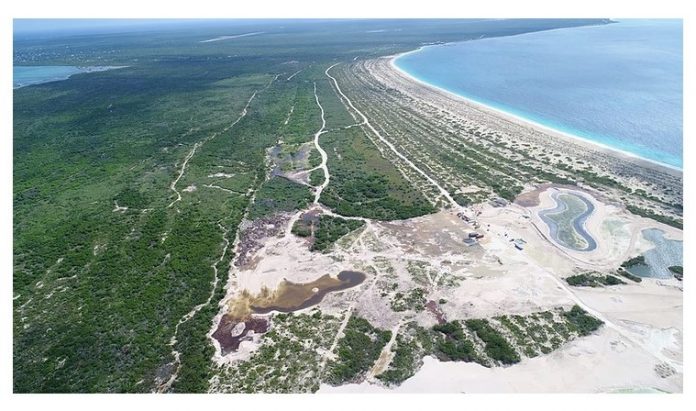 On 9/12/2020 the Global Legal Action Network (GLAN) has called for an international investigation into the destruction of a listed habitat on the island of Barbuda after the government of Antigua and Barbuda allowed the development of luxury residences and a golf course known as “Barbuda Ocean Club”. Behind the development is the US partnership ‘Peace Love Happiness’ (PLH) backed by the billionaire co-founder of The Patrón Spirits Company, John Paul DeJoria, and Michael Meldman, a long term business partner of George Clooney and director of the Discovery Land Company. GLAN has submitted evidence to the Ramsar Secretariat, a Geneva based body overseeing the implementation of the intergovernmental Convention on Wetlands of International Importance, and called for an urgent intervention by the Secretariat to arrange an independent inspection mission.

Since 2018, PLH and Discovery Land Company have operated on the island through a lease that the Barbuda Council considers in breach of the Barbuda Land Act, 2007. This legislation codified the island’s unique collective tenure system established after the abolition of slavery. For two years, deforestation and sand mobilization for the PLH development have severely affected the ecology of the Ramsar site known as ‘Codrington Lagoon’, which also provides defence from severe weather events. Despite orders to halt construction on 1 October 2020, locals have witnessed ongoing operations. On 18 October 2020, two members of Barbuda Council were arrested while attempting to inspect the controversial concession in an area also known as Palmetto Point.

The project is connected to another controversy which emerged when the islanders were evacuated to avoid an approaching hurricane in 2017. Upon returning to the island a recovery operation did not fully materialise and the authorities began to clear-cut a large track forest for a new international airport in breach of national and international environmental regulations. According to the land concession granted to PLH (Barbuda) this airport was positioned to service PLH’s proposed exclusive residential community. Soon after GLAN launched an ongoing crowdfund in a bid to support legal efforts to resist this and other land grabbing efforts on the island.

GLAN’s Director, Dr Gearóid Ó Cuinn, stated: “In the context of the climate crisis local stewardship of natural resources is essential. Instead a habitat of international significance, previously protected by a unique tenure system, is being destroyed for the short term gain of the ultra-wealthy. We are calling for urgent intervention by the Ramsar Secretariat to ensure the government of Antigua and Barbuda complies with its obligations under the Ramsar Convention. Concrete action is also needed within the US to tackle the conduct of developers and their investors who are contributing to violations of international law.”

Dr Tomaso Ferrando, GLAN Legal Advisor on Land Rights said: The small island of Barbuda, its wetlands, dunes, and communal land tenure system are under attack. Not only by climate change, but by policy makers and foreign investors that see the island as a place to build luxury resorts and remunerative opportunities for US individuals. With our communication, we support the Barbuda Council – the democratically elected local authority that manages the internal affairs of the island of Barbuda – upholding international environmental obligations contracted by the Government of Antigua and resisting the irreversible transformation of the island and its socio-environmental balance.

Barbuda Council released the following statement on the complaint to the Ramsar Secretariat: “The declaration of the Codrington Lagoon National Park and attainment of the status of Ramsar site #1488 was one of our most progressive achievements. Today this achievement, earned through decades of collaborative work and millions of dollars worth of funding is now under threat of being reversed and lost as a result of the actions of those who believe that their monied wealth should supercede the rights of the many.

The destruction of mangrove wetlands, coastal sand dunes and the critical ecosystems they sustain to make way for exclusive private luxury residences at Palmetto Point and Cedar Tree Point will have serious consequences for the marine resources of the island and the environment and people they sustain. These consequences will also extend to the neighbouring islands of the subregion. The leaching of effluents containing nutrients and chemicals into the waters of the lagoon and ocean is an example of one such consequence. The livelihoods of local fishers and tour guides will be put at risk. Barbuda could lose one of our most significant tourism treasures and the National bird.

The Barbuda Council condemns the actions of the police against Barbudans who exercise their rights to question and protest these destructive real-estate schemes carried out in the name of ‘development’. Our members will continue to defend the rights of Barbudans to practise our system of common ownership of our lands and resources.”

Under the Ramsar Convention Antigua and Barbuda is obliged to promote the conservation of wetlands, formulate and implement their planning so as to promote their conservation and notify the Ramsar Secretariat of any changes to the character of the wetland. The Secretariat has the power to request for further information and recommend an advisory mission to visit and advise on wetlands threats. To date 79 missions have been organised by the Secretariat some of which have occurred after contact from environmental organizations.