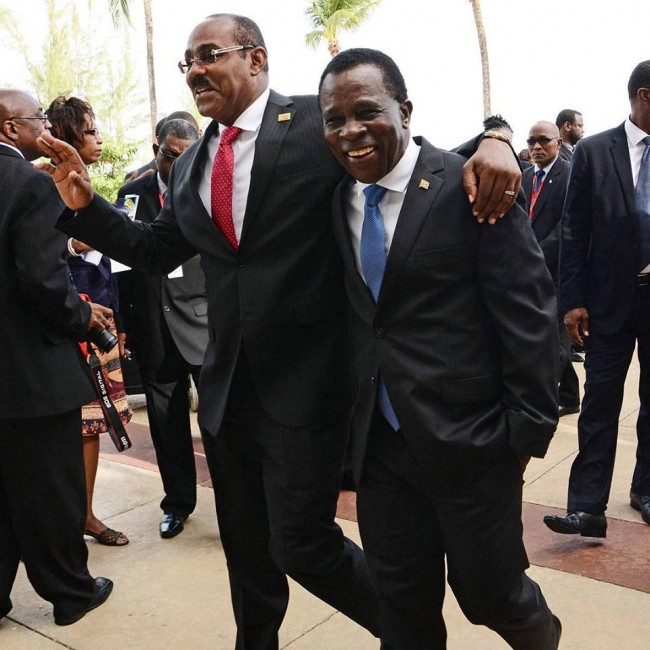 The Grenada government is predicting economic growth in excess of 3.5 per cent this year and says this is due mainly to the significant contributions coming from the construction and other sectors.

“The projected growth is 3.5 per cent but it could very well exceed that, based on the figures we are already seeing so far this year. Construction, for example, has recorded growth of 42.6 per cent in the first quarter, and in tourism, stayover arrivals increased by 10.7 per cent,” Prime Minister Dr. Keith Mitchell said in a radio and television broadcast on Sunday night.

“In agriculture, nutmeg production increased by 7.1 per cent in the first quarter, while cocoa production increased by 17.3 per cent. There are several other positive indicators of growth and government will continue to ensure that Grenada maintains and further solidifies the gains made during our home-grown Structural Adjustment Programme,” he added.

In what was dubbed as a post-Carnival message to the nation, Mitchell, who is also the Finance Minister, said that his administration’s immediate focus is to prepare for the 2019 budget which is scheduled to be presented in late November.

He said that the annual budget retreat was held on July 31, weeks earlier than usual, to kick-start preparations.

“Soon, the Ministry of Finance will begin a series of stakeholder engagements to ensure that the budget put forward is sufficiently reflective of all sectors. Government is particularly committed to youth development and empowerment and we will initiate a special engagement with them,” he said while explaining that an innovation this year would be the presentation of government’s medium-term agenda to its external stakeholders.

Mitchell said that the move to provide external stakeholder with the documents illustrates his government’s ongoing commitment to transparency and the principles of good governance.

“As preparations continue for the budget, it is important to take stock of where we are, economically. Our Mid-Year Economic Review and Estimated 2018 Performance, compiled by the Ministry of Finance, shows that the Grenada economy will continue along a positive trajectory,” he said.

In his address, Prime Minister Mitchell praised all stakeholders who contributed to Grenada’s outstanding performance in the 2018 Caribbean Examination Council (CXC) examinations.

“Sisters and brothers, in just a few weeks, students will be returning to the classroom for the start of a new academic year. What better way to start than with the encouraging news that Grenada outperformed its Caribbean neighbours in 23 of 30 areas in the 2018 CXC Caribbean Secondary Education Certificate (CSEC) examinations,” he said.

“Chemistry, physics and biology are highlighted as three of the areas in which we outdid the rest of the region. It is quite heartening that the pass rate for students sitting the examinations this year increased to 70.5 per cent, up from 67.36 percent in 2017.”

Mitchell said it was also encouraging to see students all over the tri-island state, at both public and private educational institutions, performing well.

“Congratulations to all students, their teachers and principals, parents, education officials and other stakeholders for the collaborative effort it would have taken to achieve such success. We applaud you, but at the same time encourage you to keep striving for even greater success,” he said.

The CXC exam results show that non-traditional subjects such as Industrial Technology, both Mechanical and Electrical, as well as Technical Drawing, recorded either perfect or very high pass rates.

“This is certainly quite commendable, particularly as Government provides more skills training opportunities for young people. Promoting youth development as part of government’s overall agenda continues to be an area of significant focus, and an imperative one, as we seek to secure the future of this nation,” Mitchell added.