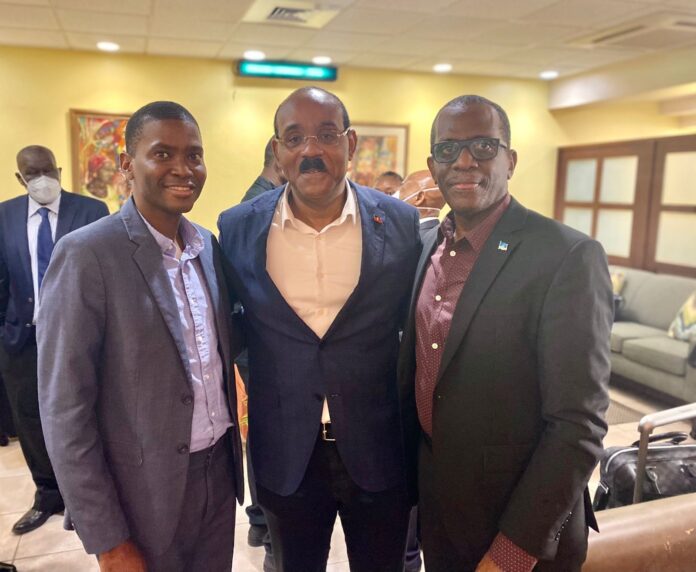 CMC: Grenada’s Prime Minister Dickon Mitchell says his administration is prepared to lease an aircraft if Caribbean governments are unable to sort out the regional transportation sector by year-end.

Caribbean travel has been thrown into chaos following the collapse of the Antigua-based regional airline, LIAT (1974) limited with the region travelling population disgruntled at the inability to move around as freely as they used to during LIAT’s operations.

In an exclusive interview aired on WPG10 on Friday night, Mitchell, who led his National Democratic Congress (NDC) to power in June, said the regional airline sector needs urgent fixing and that there needs to be more decisive movement on the issue before year-end.

“If by October, November, we don’t have an arrangement …then it means if Grenada has to go and lease the planes so that we can fly between Grenada and Barbados and Trinidad and Tobago we will have to do so.

“The truth is we can’t get to Trinidad,” Mitchell said, noting however that with several new leaders in the Caribbean he is optimistic that the situation will be dealt with.

“Let’s put it this way, I am optimistic it will not get to that,” he said, adding that regional governments must be prepared to spend more money on regional transport.

“I have made it quite clear we have to put money, if not into LIAT 2020, if not Inter Caribbean then some other vehicle that is prepared to fly, it is as simple as that,” Mitchell added.

In August, regional leaders met to discuss the situation regarding air transportation in the Caribbean amidst concerns that both regional and international travellers are finding it very expensive and difficult to commute.

Mitchell said then it was agreed that a consultant would be retained to provide advice to the heads of the region as to how we can address the critical need to have, particularly air transportation resumed at a level that existed prior to COVID-19.

Caribbean Community (CARICOM) leaders at their summit in Suriname in July had agreed on a new modern Multilateral Air Services Agreement (MASA) that will allow for a new framework within which air transportation will operate in the region.

St. Vincent and the Grenadines Prime Minister, who had served as LIAT chairman, said that countries, particularly those in the Eastern Caribbean were being severely affected by the loss of thousands of seats “because LIAT, as it was, is no longer before us.

LIAT is owned by the governments of Antigua and Barbuda, Barbados, Dominica, and St Vincent and the Grenadines (SVG).

Antigua and Barbuda Prime Minister Gaston Browne said previously that a decision had been taken that would allow Barbados and SVG to turn over their shares in LIAT to St. John’s for one EC dollar (One EC dollar=US$0.37 cents).

The Grenada Prime Minister told reporters that LIAT (1974) Limited “is bankrupt and that has been made clear and it is in receivership”.

LIAT (1974) limited in June 2020, entered into court-appointed administration after a high court judge in Antigua and Barbuda granted a petition for the cash-strapped pan-Caribbean carrier’s reorganisation.

The Guyana-born Cleveland Seaforth has been appointed LIAT’s administrator for the duration of proceedings.

The airline owes former employees including pilots millions of dollars in severance and other payments.