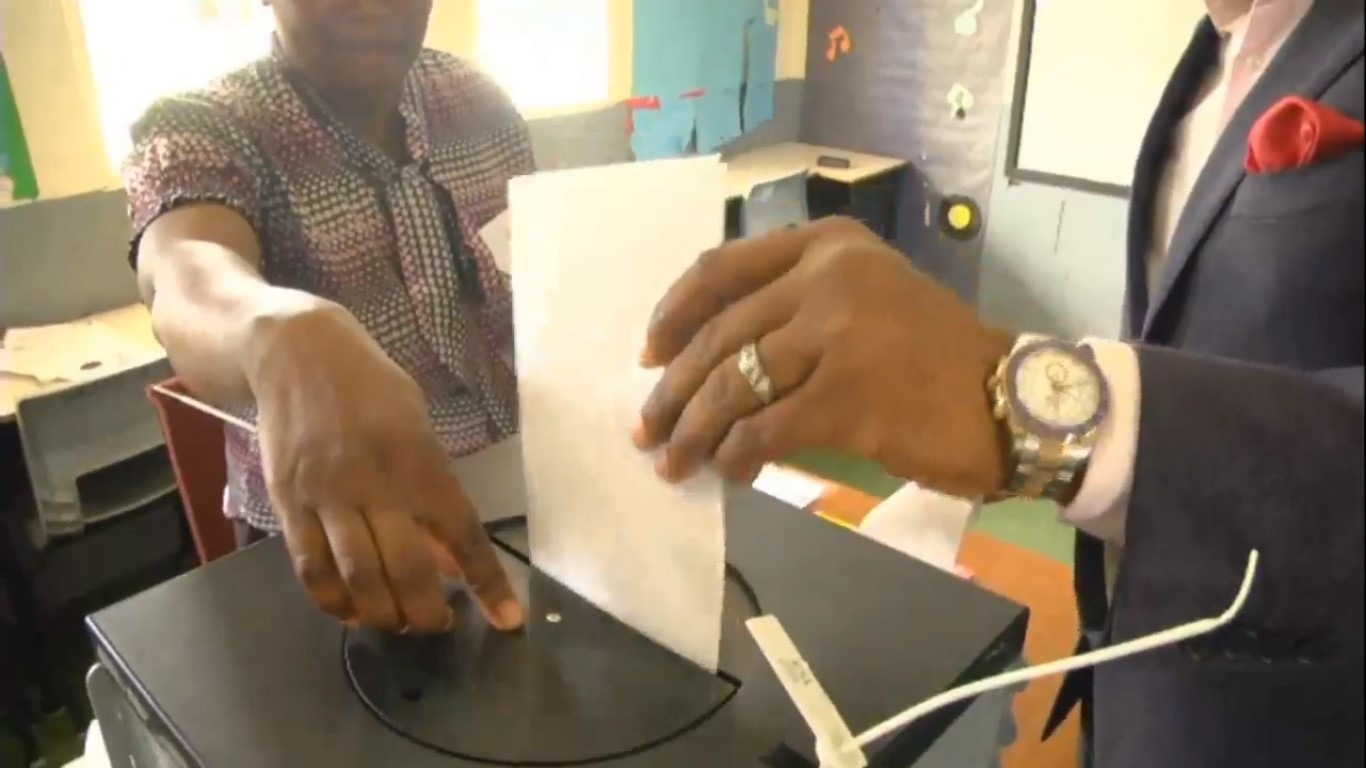 The Organisation of American States (OAS) says Grenada needs to adopt new measures regarding the registration of Commonwealth citizens wishing to vote in future elections in the country.

The OAS Electoral Observation Mission in its final report on the March 13, 2018 general elections in Grenada, noted that stakeholders had expressed concerns that non-eligible persons, particularly from neighbouring Commonwealth countries might have been included in the voters list for the elections.

“In this regard the mission confirmed that the procedures currently followed by Parliamentary Elections Office…include provisions that are not specified in the Representation of the People’s Act and which do not always allow registration officers to accurately verify the eligibility of applicants to be registered,” the report noted.

It said that in order to strengthen this aspect of the registration process, as well as having confidence in the voters list, the Parliamentary Elections Office and its staff “adhere to the provision specified in the Representation of the People’s Act that Commonwealth citizens who wish to be registered to vote in Grenada must present a valid passport or citizenship certificate to the registration officer at the time of the request.

“The Representation of the People’s Act should be amended to specify that where a Commonwealth citizen wishes to be registered but does not possess the requisite documents, a declaration from a Justice of the Peace cane be accepted only if is accompanied by proof of legal entry into the country”.

The OAS is also urging the appropriate authorities to publish a current list of authorised justices of the peace, updated and in keeping with the required schedule.

The report, which all previous reports make reference to women participation and campaign financing, also recommended that Grenadians residing overseas and registered to vote and whose names are on the official voters’ list should be afforded the opportunity to do so.

“The Grenada Constitution and the Representation of the People Act confer the right to vote on all citizens who have attained the age of eighteen, who have been registered and whose names appear on the official Voters List. Commonwealth citizens may also vote, providing they have been resident in Grenada for at least twelve months prior to registration.

“The electoral law however makes no provisions for qualified electors whose names appear on the Voters’ List, but are unable to attend their designated polling station on Election Day, including Grenadians residing overseas and patients in hospitals or nursing homes.”

The OAS said that to ensure that all eligible persons have the opportunity to exercise their franchise, the mission is recommending that the electoral authorities consider provisions to facilitate voting by qualified electors, whose names appear on the Voters’ List, but who are unable to attend their designated polling division on Election Day.

It said that legislation and regulations on campaign financing and spending that will also require political parties to disclose their sources of funding be considered.

“In Grenada, there is no specific legislation and no regulations that directly address the issue of campaign financing. There is also no public funding for political parties or candidates, so electoral campaigns must be privately funded.

“The origin of private funds is not regulated and there are no prohibitions on foreign and anonymous sources. Grenada has established no limits on campaign spending and political parties are not required to disclose their finances.”

The OAs Mission said that unregulated financing from unidentifiable sources has the potential to impact the equity of the democratic process, and in order to promote transparency and accountability in electoral processes in Grenada, it is urging the government along with other appropriate stakeholders to “engage in a collaborative process leading to legislation and regulations that establish clear limits on campaign financing and spending, require political parties to disclose their sources of funding and prohibit anonymous and foreign donations.

“Consider an expanded role for an appropriately strengthened Parliamentary Elections Office in supporting and monitoring the application of these regulations. The OAS model legislation on campaign financing may serve as a useful guide in this process,” the report noted.

The ruling New National Party (NNP), headed by Prime Minister Dr. Keith Mitchell won all 15 seats in the Parliament for a second consecutive clean sweep of the polls.