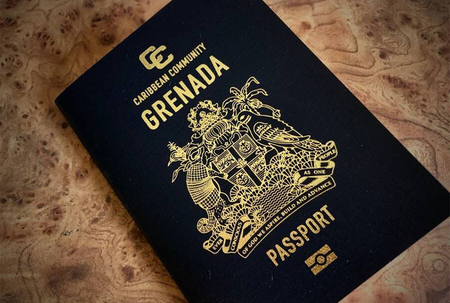 Police have launched an investigation into the “unsubstantiated and slanderous” rumours that the island’s regular passports are being sold without the consent of the proper authorities.

“I heard of that rumour being perpetuated and as it relates to passports, what I say is that the Office of the Immigration Department is responsible for the distribution of passports and an unsubstantiated and slanderous remark like that can be very detrimental not just to the Force but to the country,” Acting Police Commissioner, Edvin Martin, told reporters.

Martin said as far as he is concerned the issuance of passports is well regulated and “if anyone has information to that effect I will really encourage the person to come forward with it so we can look into it”.

He told reporters at the weekly post-cabinet briefing that at the moment, the allegations are “unsubstantiated” adding “I do not have any information to suggest that, that is something that is occurring.

“I will be interested in looking into it and the fact that assertion has been made, I will not be waiting for persons to come with it, I will be going to whoever is responsible for perpetuating that kind of rumour because there is an interest on both sides.

“If something like that is happening it is important that it be resolved, if that sort of information is being perpetuated and it is not true, it is critical that it be identified for what it is and neutralise immediately,” said Martin.

International Business Minister, Nickolas Steele, has described as “rumourmongering” the allegations being made against a division of the Police Force that is known for its integrity.

Grenada is among several other Caribbean islands that promote the Citizenship by Investment Programme (CBI) through which foreign investors, who make a substantial financial contribution to the socio-economic development of the countries are granted citizenship.