Foreign Affairs Minister, E.P Chet Greene, has commended the government of Japan for its commitment to the development of Antigua and Barbuda particularly, for being one of the first countries to respond positively to the country’s needs in the wake of Hurricane Irma last year.

Minister Greene’s comments came during remarks to welcome to Antigua and Barbuda a high-level Japanese team led by Minister of State for Foreign Affairs, Masahisa Sato.

He said the Antigua and Barbuda government is appreciative of the assistance offered by Japan following the hurricane noting that with the 2018 Atlantic Hurricane season just days away from its official start, large numbers of Barbudans still reside in shelters in Antigua.

“We continue to struggle, grapple with the reconstruction of Barbuda which has been estimated to cost some US$250 million to rebuild the island. Some US$80 million is needed just to replace the housing stock,” he disclosed. He expressed concern that almost nine months after the passage of Hurricane Irma, large numbers of Barbudans have not been able to return to the island, due to the pace of the recovery efforts.

Against this backdrop, Minister Greene expressed sincerest appreciation to the government and people of Japan for coming to Antigua and Barbuda’s aid following the hurricane and ‘for future or additional support that you can give’. 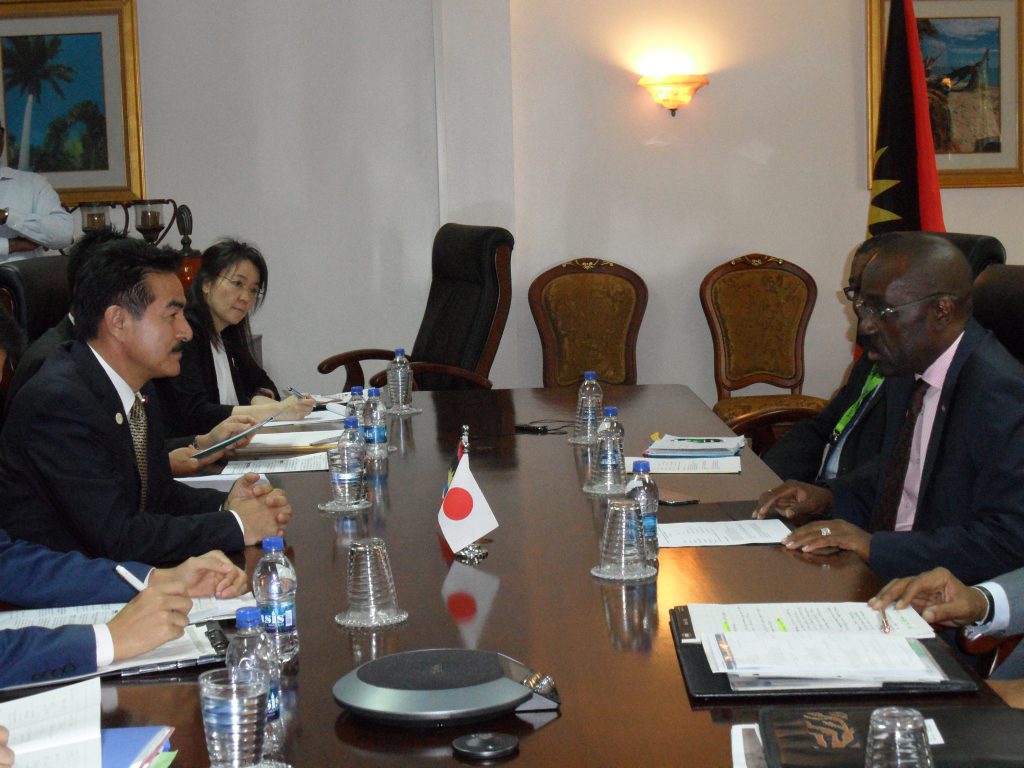 The minister also thanked the Japanese government for financing the construction of a reverse osmosis plant to the sited in the Bethesda area that will produce water primarily for the farming community.

Other areas of concerned raised during the meeting, include the aquaponics facility project at the St Mary’s Secondary School that is funded by Japan, and the meeting on ‘the Sustainable Use of Aquatic Living Resources’ that takes place in Japan next month.

Ambassador Daven Joseph will represent Antigua and Barbuda at the meeting.