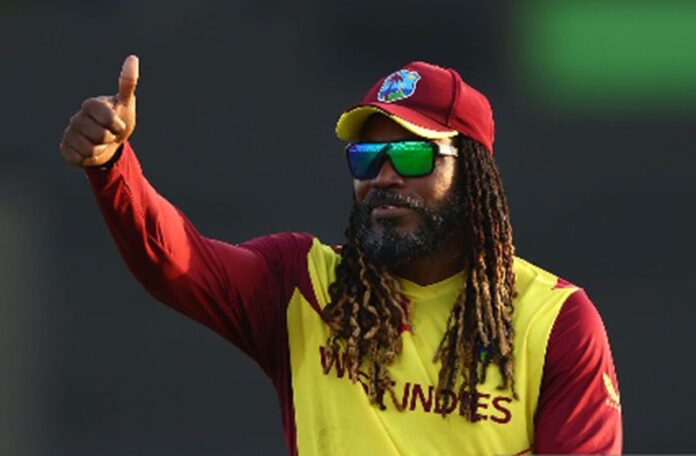 Cricket West Indies chief executive, Johnny Grave, has given the assurance that veteran left-hander Chris Gayle will be given a fitting send-off, despite being left out of squads to face Ireland and England later this month.

The 42-year-old Gayle delayed his retirement following the conclusion of last year’s Twenty20 World Cup, indicating his desire to play his final T20 International before his home crowd at Sabina Park here this month.

But with selectors snubbing the Jamaican for the one-off game against Ireland here on January 16 and the subsequent five-match England series at month-end in Barbados, Grave said dialogue would continue with the player on the most appropriate manner in which to celebrate his retirement from international cricket.

“We’ve been talking to Chris for a while now about how we can best honour him and also give the best opportunity for his friends and family to come and watch a final game, as well as fans in Jamaica and around the region, to come and show their pride and respect to one of our greatest ever players,” Grave told regional television sports channel, SportsMax.

“For any player to play for West Indies, first they have to be selected and the selectors have decided after the performances in the World Cup – as we now plan towards the next World Cup which is less than 12 months away in Australia – that Chris is not going to be a part of their plans.

“So there’s no longer the opportunity for Chris to play in the upcoming series against Ireland but we’re talking to Chris about how we can best give him an opportunity to play once more in front of his home crowd in a maroon shirt.”

In spite of his dreadful form that saw him average 17 from 16 matches, selectors controversially picked Gayle for the T20 World Cup in United Arab Emirates last October.

And the once feared Gayle predictably struggled, scraping 45 runs from five innings, as West Indies lost four of their five matches to finish one from bottom of their group, and miss out on a final four spot.

Veteran all-rounder Dwayne Bravo opted to announce his retirement prior to the Caribbean side’s final game, and Grave said this was a prime example of how Cricket West Indies wanted to honour its players.

“It is not a policy at the moment but what I would say is that it is certainly a philosophy I have and that the current management team of West Indies have, that we want to treat players with respect, we want to have good relationships with players, good dialogue and open conversation,” Grave explained.

“… we want to try and give them an opportunity to bow out should they wish to.

“Clearly sometimes that can be planned. Sometimes that isn’t planned due to injury or loss of form but [while] no player is entitled to this, [it is] certainly a philosophy which we want to treat all of our players with respect.

“And if there is the opportunity, we can work with them to find a fitting way whether that’s in an interval of a match and inviting them and their families to come and watch the game and make a presentation, whether that’s a testimonial game or whether a player says ‘I’ve decided to call it quits and this will be last series or last event’ and they are in the side, then we want to do things the best we possibly can.”

Head coach Phil Simmons, the interim chief selector following the recent sacking of Roger Harper and Miles Bascombe, said he had chosen “the best squad” available for the upcoming assignments and any directive to pick Gayle for a farewell game would need to come from CWI.