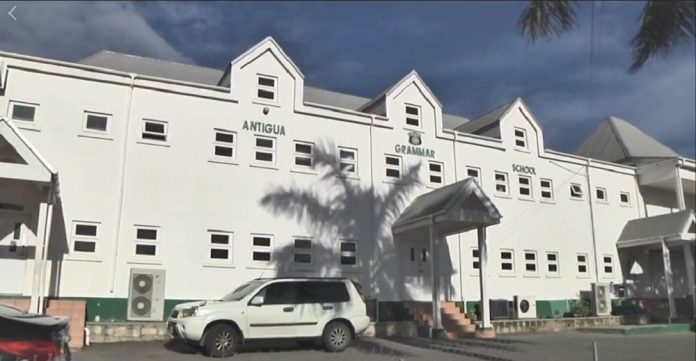 Parents continue to express frustration over the lack of running water and its impact on their children’s education.

In a notice to parents and guardians, on Tuesday, April 26, the Principal of the Antigua Grammar School, Samuel Roberts, announced that classes would be dismissed at 11:10 a.m. “due to the unavailability of water on the school compound,” and he apologized for the inconvenience.

However, regular classes should resume on Wednesday at the normal time.

One parent says the Gaston Browne Administration should be ashamed that children cannot get a full day’s education because of the water situation.

The Prime Minister continues to make excuses for his failure to adequately address the water woes, as promised, and blame the United Progressive Party (UPP).

But while Browne blames the drought, the woman notes that the water challenges have existed for more than eight years – and despite the installation of more reverse-osmosis plants.

She says the lack of running water should not be a reason for students being dismissed early – especially not in the third term.  This is when Fifth-formers are preparing for CSEC and need classroom time to catch up on what they might have missed during the online-learning sessions, she says.

It is evident that the Administration is not serious about education and maintaining the school plants, the woman concludes.

Meanwhile, another parent is complaining to REAL News that the stock of laptops distributed by the Board of Education has been depleted.  Reportedly, the Board says it does not know when new supplies will be available, and parents are being asked to complete application forms in the meantime.

The Government’s laptop-distribution programme was intended to replace the ill-fated E-books in secondary schools.- REAL NEWS