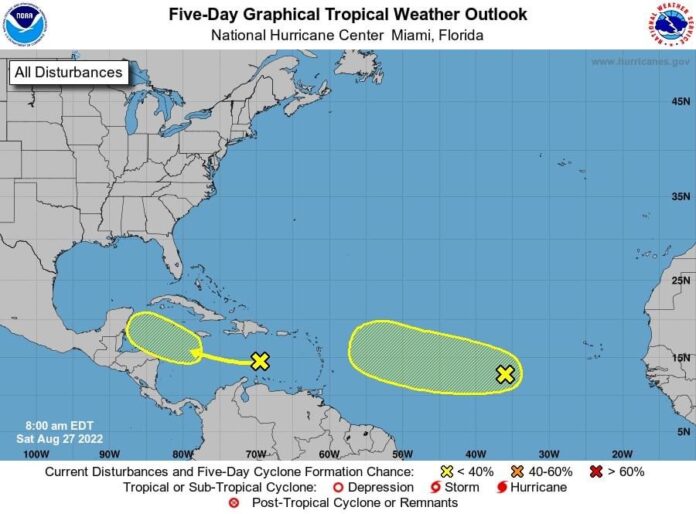 This Saturday, a broad and complex area of low pressure over the central tropical Atlantic Ocean is producing disorganized showers and thunderstorms.

The interaction of this feature with an approaching tropical wave could support some gradual development of the system during the early and middle parts of next week while it moves westward to west-northwestward at about 10 mph across the central tropical Atlantic.

Environmental conditions could become more conducive for slow development of this
system during the early or middle part of next week while it moves generally westward at 10 to 15 mph across the central and northwestern Caribbean Sea.

It has a near zero chance of formation during the next 48 hours and a low (20 percent) chance in the next 5 days.

For the latest updates, visit: www.hurricanes.gov