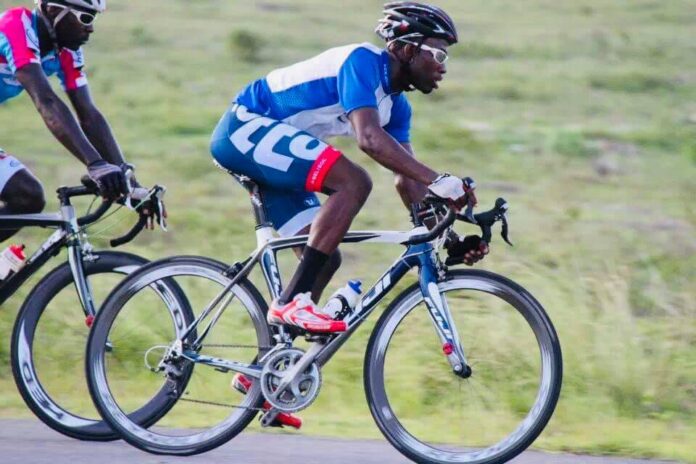 POINTE XPRESS: The family of Andre Simon has been assured that the Ministry of Health and Wellness will come to their assistance as they seek to fly him overseas for advanced medical care.

Simon and three other cyclists sustained injuries after a car driven by Hatton res- ident, Kennyatta Benjamin, ploughed into them in the vicinity of Dee’s Service Station on the Sir George Walter Highway on Mothers’ Day.

While the other athletes escaped major injuries, it has been an uphill battle for Andre Simon, who suffered in- juries to the brain.

He has been moved from the in- tensive care unit to another ward at the Sir Lester Bird Medical Centre. His breathing has improved and he is no longer dependent on a ventilator. A tracheotomy has been performed to assist with his breathing. He was also given clearance by doctors to travel.

Simon is slowly improving, but remains in very serious condition. His family has since launched a campaign to raise US$ 500,000 to get overseas medical treatment for the athlete.

This week, Cabinet Spokesman Melford Nicho- las said just as the Ministry of Health has provided as- sistance to other families in distress, the same will be ex- tended to Andre Simon and his loved ones.

Details on how and when the assistance will be rendered are unclear, but Nicholas indicated that the Minister of Health and Wellness, Sir Molwyn Joseph, has also offered a guarantee in light of the family’s plight.