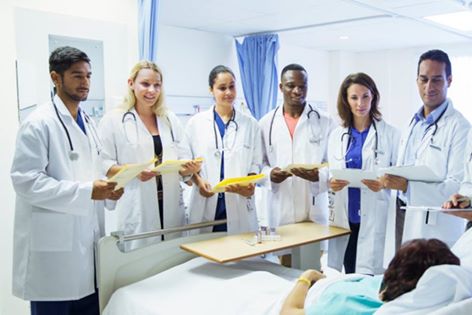 The government announced on Thursday that it is giving “serious consideration” to the establishment of a third offshore medical school in the country.

The name of the principal behind the proposal was not named but it was revealed that the Canadian is from the Cornerstone International University (CIU)—an offshore university that would host a medical school, a school of business and other disciplines.

“The CIU would attract students from outside of the region, but it would also allow for Antiguan and Barbudan students to attend if they so wished, on a reduced-tuition basis,” said Chief of Staff Lionel Max Hurst.

He said, the offshore medical school model that has been so very successful in the Caribbean region that the entrepreneur plans to offer similar kinds of enticements to draw students to Antigua, were his school established.

Cabinet is of the view that Antigua and Barbuda, which hosts two medical schools, and could successfully host another.

“The Government would not have to invest one penny, although the school is offering a percentage ownership that would cause profits to be shared with the government of Antigua and Barbuda,” Hurst revealed.